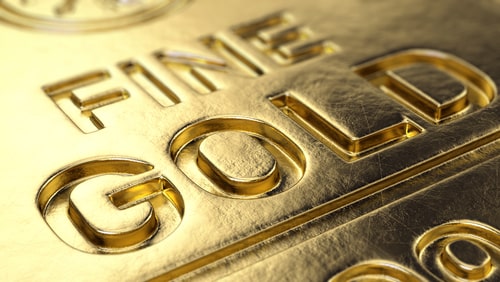 (Kitco News) The pull of rising U.S. yields has a hold on gold, with Capital Economics projecting a year-end price target of $1,600 an ounce for the yellow metal.

The precious metal has been taken hostage by the rising U.S. 10-year Treasury yields, which climbed to a 14-month high of 1.77% on Tuesday, pushing gold down below $1,680 an ounce.

Gold is currently attempting a comeback, with June Comex gold futures last trading above $1,704 an ounce, up more than 1% on the day. However, the precious metal is unlikely to break away from following the yields trend, according to Capital Economics chief markets economist John Higgins.

"Our expectation is that the U.S. real yield curve will continue to steepen. Indeed, we suspect that most of the ~50bp increase we project in the nominal yield of 10-year conventional Treasuries between now and the end of this year will result from a higher real yield," Higgins said. "We expect this to heap more pressure on the price of gold … Our end-2021 forecast for the price of the metal is $1,600/oz."

This week's move below $1,700 an ounce has revealed that gold is more sensitive to the U.S. long-dated real yields versus the short-dated yields, noted Higgins. This is a shift from the past, which saw both short- and long-dated yields often move in the same direction.

"Since the good news on vaccines against COVID-19 began to emerge in November, however, U.S. short- and long-dated real yields have instead moved in opposite directions," he pointed out. "Short-dated real yields have fallen amid repeated signals from the FOMC that monetary policy is likely to remain very loose for a long time yet, despite a substantial pick-up in inflation this year amid a strong economic recovery and huge fiscal stimulus. By contrast, long-dated real yields have risen as investors have increasingly assumed that the flipside will be tighter policy down the road than would otherwise have been needed to bring inflation back down towards the Committee's target."

Gold has an inverse relationship to the yields because it pays no real rate of interest, which means that the price of gold declines when U.S. real interest rates rise as it increases the opportunity cost of holding gold Higgins explained.

"The inverse relationship between the U.S. 10-year zero coupon real yield (implied by conventional Treasuries and U.S. inflation swaps) and its price has remained strong," he noted. "The price to fall further as the U.S. real yield curve continues to steepen."