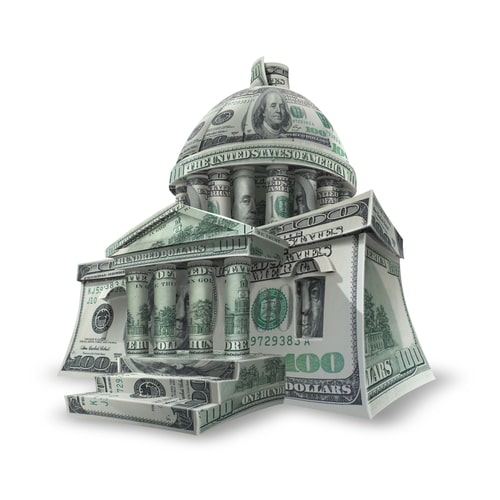 (Kitco News) U.S. President Joe Biden outlined a $2 trillion spending plan spanning over eight years, which would be funded by raising the corporate tax rate to 28%. The package targets goals such as U.S. transportation infrastructure and climate change.

Biden delivered his vision at an event in Pittsburgh, Pennsylvania.

This is Biden's second major initiative after the $1.9 trillion coronavirus relief package, which was passed earlier in March.

One of the goals is to promote electric vehicles by building a national network of 500,000 EV chargers by 2030 and replacing 50,000 diesel public transit vehicles. Another ambitious goal is to update 20,000 miles of roads and 10,000 bridges.

"Our infrastructure is crumbling," Biden said. "These are investments we have to make."

Biden said the plan will create "the strongest, most resilient, innovative economy in the world," referring to it as a once-in-a-generation investment in America. "The proposal will create millions of jobs," he said.

Here's a more detailed summary of the proposal that was leaked to the press on Wednesday:

To pay for all of this, Biden proposed to raise the corporate tax rate from 21% to 28%. On top of that, Biden wants to establish a global minimum tax at 21% and eliminate deductions for offshoring jobs or shifting assets overseas. The plan will be more than paid for within 15 years.

Economist Joseph Stiglitz lauded Biden's plan. He told Axios that the money is directed in a way that should result in higher spending and could heat up the economy resulting in a more balanced economy.

"We're going to be investing, spending money on education, child care, a whole variety of expenditures across the spectrum and not just giving money to the very rich but giving money to people who actually spend it," Stiglitz told Axios.

The infrastructure proposal was widely anticipated. Both the S&P 500 and Nasdaq traded up Wednesday. Some Republicans have already started to weigh in on the proposal.

"It's called infrastructure, but inside the Trojan horse, it's going to be more borrowed money, and massive tax increases on all the productive parts of our economy," he said, adding that "it's not likely" that he would support it.