Worst quarter in over 4 years: Can gold price turn it around? 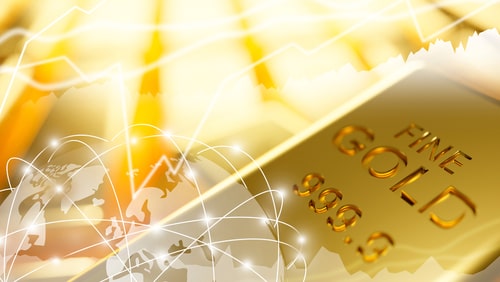 (Kitco News) After the worst start to the year in almost four decades and the worst quarterly performance in more than four years, gold is kicking off the second quarter on a much better note. But will it last?

"Gold has got off to the worst start to any year in 39 years, plunging by 10%, i.e. $190, in the first quarter. This was also its most negative price performance in any quarter since the fourth quarter of 2016," said Commerzbank analyst Daniel Briesemann.

Despite the disappointing news, gold bulls are encouraged by how well the precious metal was able to recover after dropping below $1,680 an ounce this week. At the time of writing, June Comex gold futures were trading at $1,728.00, up 0.72% on the day.

But there is still no clear catalyst for a significant move higher, according to analysts. "We were below $1,680, now we are in recovery mode — above $1,728. I don't see a big catalyst to the upside at this stage," TD Securities head of global strategy Bart Melek told Kitco News. "For the time being, we are range-bound."

Gold continues to take its cues from yields, meaning that when the U.S. Treasury 10-year yields rise, gold drops and vice versa.

Gold will need to see the rest of the world start to recover compared to the U.S., which will trigger a reversal in the U.S. dollar, Melek added. "I'm a little bit more optimistic about Q2, but gold is not going to find its traction until the latter part of the year."

Also, bitcoin's popularity and the impact of higher equity markets should not be underestimated. "It is preventing interest in gold. More people are talking about crypto as a hedge. Right now, there is no big macro catalyst for gold to move higher," Melek stated.

For gold, it is not just about the U.S. bonds selling off, said Phoenix Futures and Options LLC president Kevin Grady. "Gold should be performing better, and it is not. Look at the amount of stimulus thrown into the economy. The 10-year yields shouldn't affect gold as much," Grady said. "Cryptocurrencies is what is hurting gold investments."

Considering all the stimulus out there, gold around $1,700 an ounce does not make sense, he added. "I'm waiting to see if interest will come back into gold."

From a technical perspective, gold is looking better. "Weak longs are out. Positioning is turning. There is significant potential for the upside," Melek pointed out, adding that he still sees gold reaching $1,900 by year-end as inflation picks up.

"Might see inflationary pressure. Fed keeps saying any price pressure this year would be transitory. That doesn't mean that market believes them. If that is the case, gold is in much better shape," Melek said.

Some analysts are more bullish for the second quarter. LaSalle Futures Group senior market strategist Charlie Nedoss said he sees gold going higher next week after it managed to hold $1,700 an ounce.

The U.S. Treasury yields could back off a bit in Q2, noted RJO Futures senior commodities broker Daniel Pavilonis, who is also bullish on gold next week.

"Yields could see a bit of a reprieve. If yields go back down, that is good for gold. In Q1, it was about how quickly yields rose. If they climb slower and in a more controlled way, it would give gold a better play," Pavilonis.

The biggest macro event to watch next week will be Wednesday's FOMC meeting minutes from March 16-17.

Also, Fed Chair Jerome Powell will be speaking on Thursday as part of the virtual International Monetary Fund Seminar.

"We doubt the Fed is yet ready to change its dovish tune and - as our bond team concluded at the time of the March FOMC - the Fed has left the long end of the bond market unprotected. Until we see some kind of turnaround in Europe, DXY should continue to edge higher," ING FX strategists said on Friday.

Other data to keep an eye on are the U.S. factory orders and ISM non-manufacturing PMI on Monday, and PPI on Friday.