'Shocking' pace of adoption: Bitcoin will be as big as gold, says billionaire Mike Novogratz 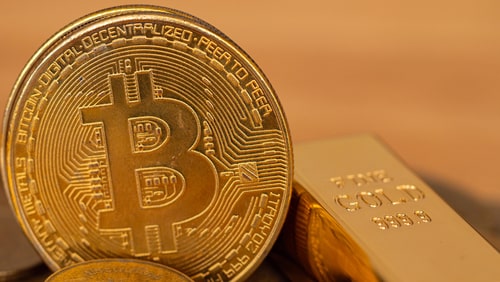 (Kitco News) The adoption of bitcoin has accelerated to a "shocking" pace, said billionaire investor Mike Novogratz, who sees bitcoin's market cap catching up and then even surpassing that of gold.

"Adoption's happening faster than I predicted. It's shocking to me how fast people are moving into the system," Novogratz told CNBC.

A wave of institutional money and wider adoption have accelerated bitcoin's rally, with the cryptocurrency rising more than 100% year-to-date after hitting a record high of more than $61,000 back in March. At the time of writing, bitcoin traded at $58,204, down 0.12% on the day.

It is only a matter of time before bitcoin's market cap is equal to that of gold, Novogratz said.

On top of that, PayPal announced last week that it would start allowing its U.S. customers to pay with their crypto holdings at checkout.

"The more people involved in this space, the more big firms, if it's Tesla, or MicroStrategy, or Goldman, or Morgan Stanley, the more wealthy individuals - the harder it is politically to say 'hey we don't like this anymore’," Novogratz said.