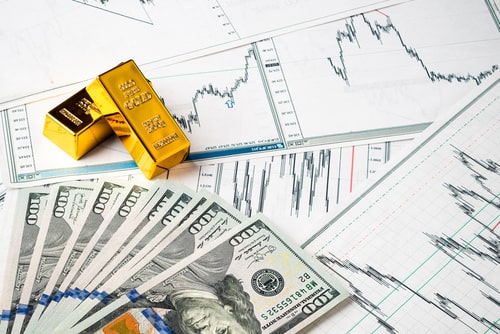 (Kitco News) Higher inflation expectations have not been fully priced in by the gold market yet, according to Standard Chartered, which sees upside potential for the precious metal in Q2 and Q3.

Financial markets are shifting their focus to higher inflation risks, and gold is yet to reflect that change, said Standard Chartered precious metals analyst Suki Cooper.

"Gold prices are not fully reflecting risks of high inflation in the near term as economies reopen but are garnering support from recovering physical demand," Cooper said in a report. "While the Fed's dovish stance and the scale of U.S. fiscal stimulus provide a favorable backdrop, gold prices tend to rally strongly amid periods of high and unexpected inflation."

And even though it is likely that inflation will accelerate in the coming months, it is still unclear how gold will react.

"It is uncertain whether it will be high enough to push gold up substantially and whether gold will be the main beneficiary of an inflation hedge. Cryptocurrencies are also drawing interest as potential hedges," Cooper said. "While we expect inflation expectations to lend support to gold, actual inflation will unlikely be high enough for long enough to propel prices higher."

Light positioning in gold shows room for prices to move higher, Cooper added. "ETP outflows reached one-third of net inflows in 2020, and tactical positioning is at May 2019 lows, suggesting scope to add exposure," she noted.

"The official sector swung back to net buyers of gold, with net additions of 8.6 tonnes (t) following net selling of 25.4t in January … Hungary tripled its gold reserves to 94.5t. After not adding to its reserves since October 2018 (28.4t), it added 63.5t from 31.5t as of February 2021," Cooper wrote. "We expect central banks to remain net buyers this year."