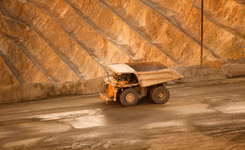 CEO Nigel Robinson commented, "We are pleased with our production achievements during these cold winter months but were disappointed to record a lost time injury at Sasa at the end of March 2021, having previously achieved 786 days without an incident."