Runaway inflation? Commodity bulls could be at risk of 'speculative exodus' - TD Securities 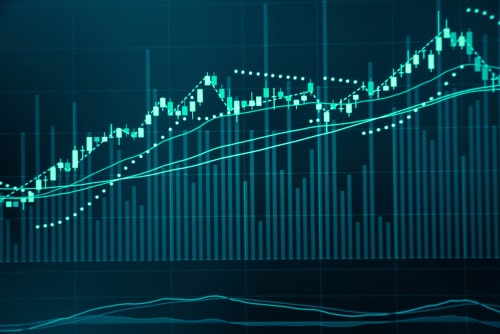 (Kitco News) The narrative of the upcoming commodity supercycle has trigged a wave of speculative flows into commodities. But are commodity bulls at risk of seeing a "speculative exodus" from the complex if inflation fails to overshoot?

"Uber-easy monetary policies and a behemoth global fiscal impulse have fueled a fiery reflation trade, surging inflation-hedging appetite and growing calls for a commodity supercycle, which have ultimately led to a dramatic rise in positioning across the commodities complex," said TD Securities commodity strategist Daniel Ghali.

The research points to just how inflation-sensitive speculative flows into commodities markets have been, especially for base metals and broad commodity indices, Ghali told Kitco News.

The investment flows into base metals are being dominated by the speculative appetite that is being driven by the inflation risk argument. Gold is excluded from this because it currently trades as a safe-haven commodity.

"A Great Recovery across commodities has attracted speculative interest on an unprecedented scale," he said. "Commodities' inflation-beta is nearing its highest in recent history, with broad commodities and base metals benefiting the most from a sustained rise in inflation, while energy flows have been distorted by crude's day of reckoning."

There is a potentially big risk for commodity bulls here, Ghali pointed out. "As the world exits from this crisis, will modern history's largest episode of pent-up demand unfold, catalyzing a sustained rise in inflation? Or, will inflation expectations be disappointed, sparking a speculative exodus from the complex? For commodity bulls, the risk is tilted towards the latter," he said.

The reality is that inflation is incredibly difficult to forecast, Ghali explained. "So while the world and speculators have positioned to protect themselves against runaway inflation. What happens in the scenario where the structural deflationary forces prevail, and you actually don't see an upswing or an overshoot in inflation? Will that lead to a speculative exit out of commodities market?"

This is where the risk lies for speculators in the commodities space. Right now, the supply and demand fundamentals are not the primary drivers leading investment decisions, Ghali added.

"It is possible that inflation is not going to run away, and speculators would be disappointed and exit from the market," he said. "In the U.S., we are expecting the year-on-year readings to firm for the next two months. And that's mostly due to base effects. We're not expecting runaway inflation."

TD Securities views the COVID-19 pandemic as a deflationary force, Ghali noted. "This is because while the importance of unemployment slack has decreased over time, it's still an important measure for inflation. So it's hard for our economists to see an inflation overshoot in this context," he said.