U.S. debt is not a problem now but it will be - Fed Chair Jerome Powell 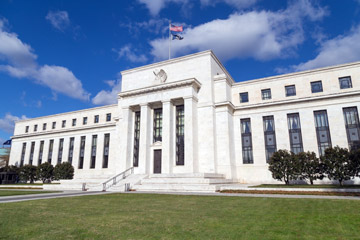 (Kitco News) - Some economists have started to raise warning flags about the ballooning size of the U.S. government's debt. However, Federal Reserve Chair Jerome Powell said it not a concern in the near term.

In a webinar discussion hosted by the Economic Club of Washington, D.C. Powell said that although the government debt was on an unsustainable path, the current level of debt is sustainable.

"The U.S. federal budget is on an unsustainable path, meaning simply that the debt is growing meaningfully faster than the economy," he said. "The current level of debt is very sustainable. And there's no question of our ability to service and issue that debt for the foreseeable future."

Powell added that the U.S. government will eventually have to get its debt back onto a sustainable path; however that should be done when the economy is on more solid footing.

During the discussion, Powell didn't provide any new information regarding the future path of monetary policy; however, he added that economists and market players are paying too much attention to the central bank's economic projections and interest rate forecast, also known as the dot plots.

The central bank's projections released in March show that committee members expect interest rates to remain at the zero-bound range through 2023. But some of those expectations are starting to shift as optimism grows that the U.S. economy will see a robust recovery from the COVID-19 pandemic.

Powell said that instead of focusing on the next rate hike's potential timing, economists would do better to look at Fed's goals.

He noted that they are not going to raise interest rates until the economic recovery is complete, inflation is at 2%, and that inflation is on a sustainable path moderately above 2%.

"We are really focused on the progress of the economy toward those goals and not on a particular timeframe when we get those three boxes checked," he said.

Along with his views on monetary policy, Powell also reiterated his opinion on cryptocurrencies, saying that they are not a threat to the U.S. dollar.

"We think of them more as crypto assets. What people call cryptocurrencies they're really vehicles for speculation. No one is using them for payments. It's a little bit like gold," he said.