China has cleared the way for a massive surge of gold imports into the country. An exclusive report from Reuters exclusive report suggested about 150 tonnes of gold (worth $8.5 billion at current prices) is likely to be shipped into China following the green light from Beijing, four sources said.

The report quoting two people said the gold would be shipped in April and the other two said it would arrive over April and May. China brings in the bulk of its gold from South Africa, Switzerland, and Australia.

Recently the economic superpower has had trade disputes with Australia. It is not clear if this could mean less gold could come from the nation.

China has, on average, imported gold worth about $600 million a month, or roughly 10 tonnes, Chinese customs data show. In 2019, its imports ran at about $3.5 billion a month, or roughly 75 tonnes.
The source said, "China has given domestic and international banks permission to import large amounts of gold into the country." Reuters sources. The move, cited by the news agency, is "potentially helping to support global gold prices after months of declines."

The report also noted, "India's demand for bullion has also rebounded from a pandemic-induced slump, with record-breaking imports in March of 160 tonnes of gold, an Indian government source told Reuters this month."

The chart below shows some more bullish activity for gold. The price recently broke out of its previous wave high and looks to be heading to the mean value area of the next distribution at $1809/oz. The next big resistance is at the gold horizontal line at $1851/oz. This much volume could send the price higher and it will be interesting to watch the price action over the coming months. 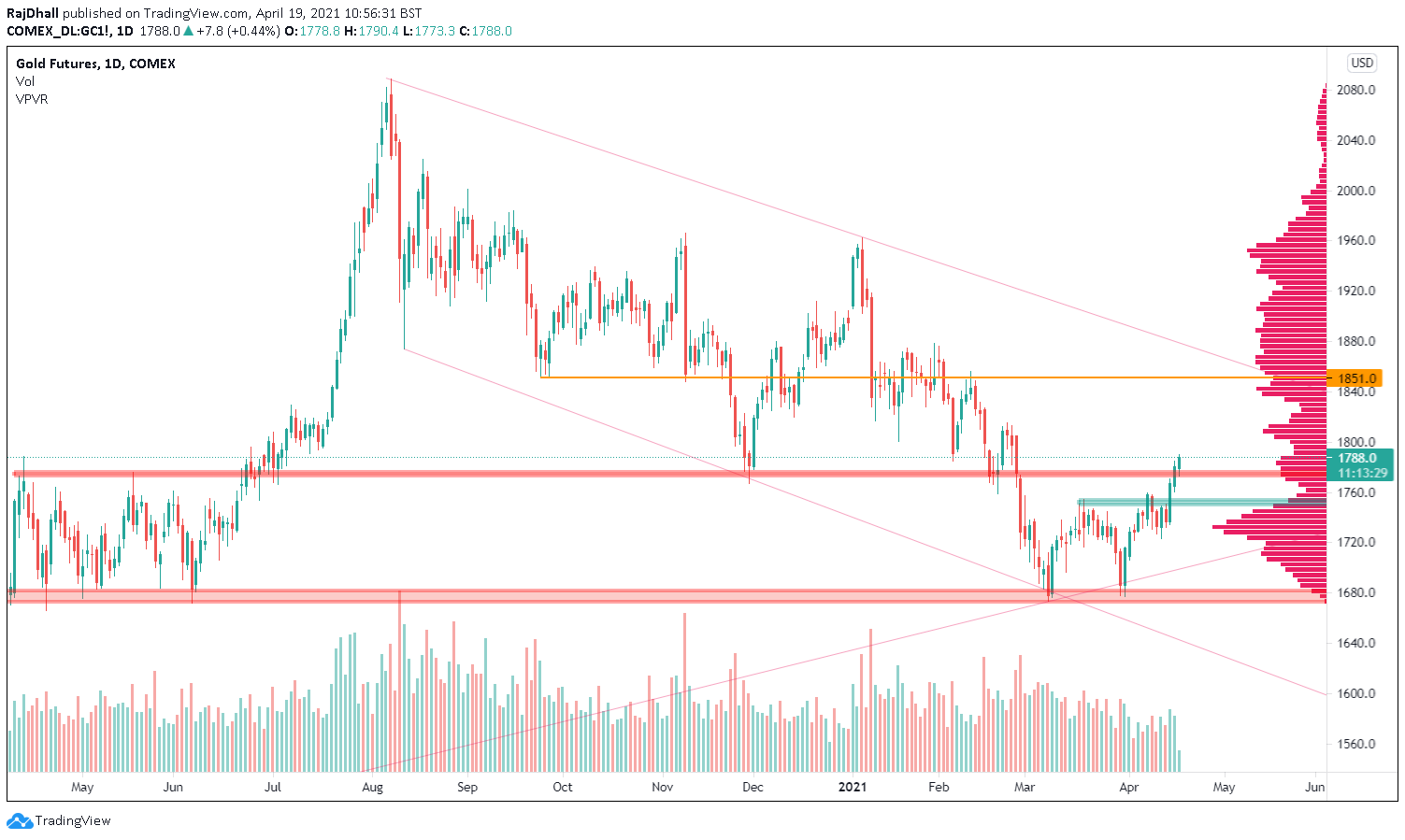