(Kitco News) - Goldman Sachs and JP Morgan have opposing views on the U.S. dollar As we know recently the dollar has been playing havoc on the gold price along with U.S. 10 year yields. Risk sentiment has not been too much of a problem with gold and stocks both moving together on most of the days that the yellow metal rises.

The massive US investment bank JP Morgan has now said they are backing the more upside action in the worlds reserve currency “Citing solid domestic economic data.”. They also noted, “The Federal Reserve should start formally talking about tapering communication in the April minutes.”. That could be one to look forward to.

On the political side, they think the new Presidents fiscal spending plans should aid the greenback as they note “An announcement of Biden's next circa $2 trillion in fiscal spending later this month.”.

Also, the U.S. lagged behind the U.K. on the vaccine front but in terms of some of the other western nations they said the “US vaccination rollout acceleration to help maintain a US gap with the rest of the world.”.

On the specifics, the U.S. bank said it “Recommends remaining long USD vs. currencies where central banks are likely to remain dovish or growth-challenged, including euro, yen, Swiss franc and GBP.”.

Moving on to the other side of the argument, Goldman Sachs are bullish on the euro. The bank said, "The combination of the rising euro-area growth expectations, solid equity returns for the region, initial normalization signals from the ECB, and more stable Fed pricing will extend the recent turn higher in the euro,". 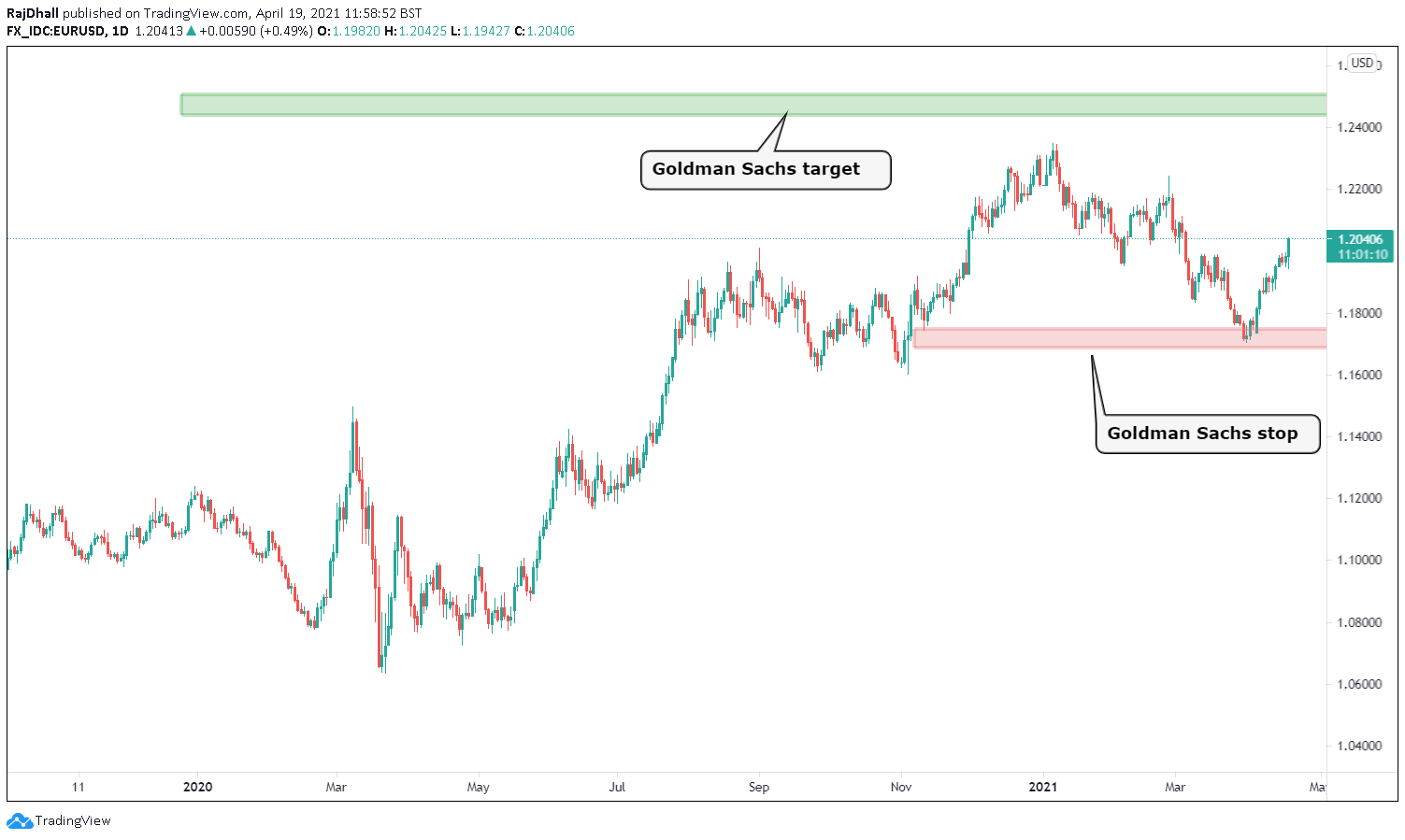