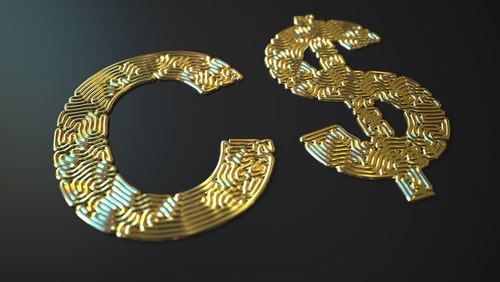 (Kitco News) Gold priced in Canadian dollars paused its early-morning rally after the Bank of Canada (BoC) announced a drastic revision to its economic outlook, hinting that higher rates could come sooner than expected.

The BoC said that slack could be absorbed as soon as the second half of 2022. Previously, the central bank did not foresee that happening until 2023.

"In view of the more favourable economic outlook, the Bank now expects slack will be absorbed and inflation will sustainably return to target some time in the second half of 2022," the BoC said in a statement. "This timing is more uncertain than usual, however, given the uncertainty around potential output and the highly uneven impacts of the pandemic."

The BoC kept its key rate at 0.25% while also noting that the COVID-19 pandemic has been "less detrimental" than previously thought in terms of economic impact.

The central bank's updated growth projects now see the Canadian economy growing at 6.5% in 2021, up from January's estimate of 4%. The BoC also forecasts the U.S. economy to grow 7% this year, up from its previous forecast of 5%.

When it comes to inflation, the Bank of Canada has a similar stance to that of the Federal Reserve, stating that inflation is expected "to rise temporarily over the next few months."

Also, the central bank said that the weekly net purchases of Government of Canada bonds will be adjusted to a target of CAD$3 billion from CAD$4 billion. This move was widely expected by the markets.

The announcement was more hawkish than expected, temporarily halting the rally in gold priced in Canadian dollars and diverging from gold priced in U.S. dollar terms.

"The Bank of Canada had some new things to say about the economy and its policy stance. The policy rate was of course left unchanged. A material upgrade to growth (to about 6 ½% this year, 3¾% in 2022) driven by a much better start to the year, now has the output gap closing earlier, moving the timing of the first rate hike into latter half of 2022, despite an upgrade to potential growth," said CIBC World Markets chief economist Avery Shenfeld.

After reaching an eight-week high earlier this morning, gold priced in CAD fell around $30, tumbling from CAD$2,270 to CAD$2,239. 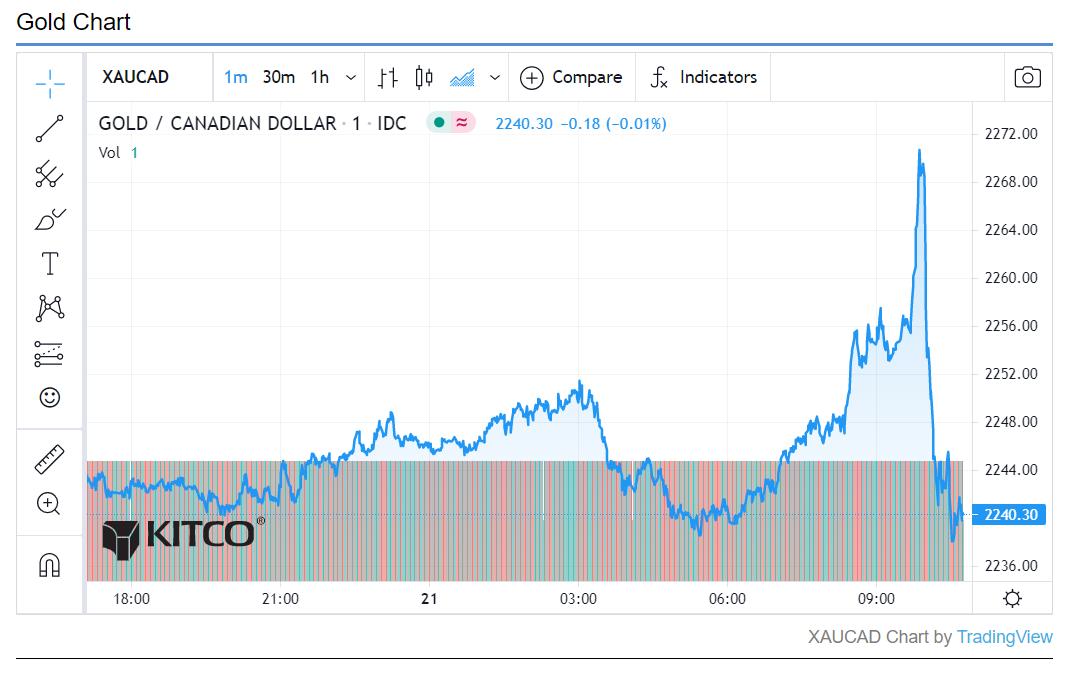 At the same time, gold priced in USD continued to approach its key level of $1,800 an ounce after hitting fresh seven-week highs. June Comex gold futures were last trading at $1,794.20, up 0.89% on the day.