Is bitcoin losing its luster? JPMorgan and others issue a warning 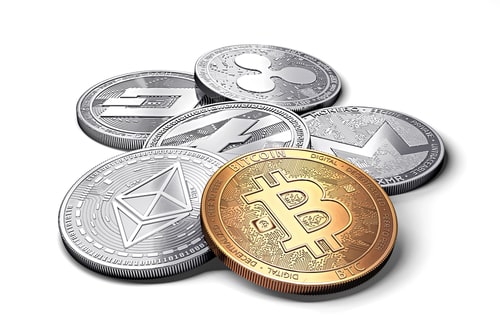 (Kitco News) After a flash crash over the weekend, bitcoin is yet to gain back lost ground, and a pause in the rally is viewed by some analysts, including JPMorgan, as a warning sign.

If the popular cryptocurrency does not return back above $60,000 soon, it could be at risk of cooling, said JPMorgan Chase & Co. strategists, including Nikolaos Panigirtzoglou.

"Over the past few days, bitcoin futures markets experienced a steep liquidation in a similar fashion to the middle of last February, middle of last January or the end of last November," the strategists said. "Momentum signals will naturally decay from here for several months, given their still elevated level."

The previous three price dips have been met by quick recoveries and further price increases, but not this time around, noted JPMorgan's strategists.

"Whether we see a repeat of those previous episodes in the current conjuncture remains to be seen," they said, adding that it is looking less likely this time around due to weaker flows.

Other firms have joined in on Wednesday, including Tallbacken Capital Advisors CEO Michael Purves, who also said that bitcoin's bullish rally could be at crossroads.

"From purely a technical perspective, the bullish case looks highly challenged here in the near term," Purves wrote in a note. "Trading Bitcoin on the bullish side right now does not appear to have favorable risk-reward, and if you have made profits, it seems like a good time to go to the sidelines for now."

Bitcoin crashed after rising to a new record high of $64,870, which was triggered by last week's excitement around the Nasdaq listing of Coinbase. At the time of writing, bitcoin was trading at $55,391.49, down 1.84% on the day. Bitcoin is still up more than 90% since the beginning of the year.

The price drop over the weekend was partly blamed on reports that the Turkish central bank will ban the use of crypto as a form of payment. Also, there were reports over the weekend that the U.S. Treasury could be planning a crackdown on money laundering carried out via digital assets.

In comparison, ethereum, which also crashed during the weekend, is already back up at $2,440 from the weekly lows of around $2,000. The cryptocurrency is trading up more than 6% on the day and up more than 220% since the start of the year.