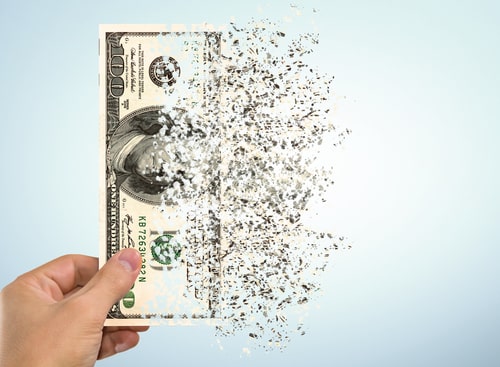 (Kitco News) Is inflation already here, and how can investors gauge the real price pressures? Analysts told Kitco News there are several other indexes aside from the CPI data, which might not reflect the problems that are already here.

The latest consumer price index (CPI) data out of the U.S. is starting to show some upward momentum with March registering an annual increase of 2.6%, the highest since August 2018. Meanwhile, the Federal Reserve continues to maintain that any price increases will be transitory in nature due to the base effects triggered by major price drops at the start of the pandemic.

However, according to analysts, the CPI data might not reflect the real picture on the ground, with many pointing to soaring commodities.

"We are already seeing inflation. And the CPI might not be the best benchmark for looking at inflation these days. If you look around the world, you see real estate prices skyrocket. You see building supply costs rise and services prices increase," Jon Deane, ex-JP Morgan managing director and now CEO of Trovio, told Kitco News.

There are several problems with the CPI measure, including the fact that the data is based on a "basket" of goods consumers are usually known to spend their money on, which has been drastically changing during the pandemic.

Also, there could be several inconsistencies with the data, considering that researchers are not able to visit stores during lockdowns to check for asking prices. "In effect, CPI weights suffered sudden obsolescence when the pandemic arrived," International Monetary Fund's statistics department economist Marshall Reinsdorf said in a presentation.

One example is going out to restaurants, which accounts for 6.3% of the U.S. CPI data. But during the pandemic that number has plummeted as consumers are likely spending more at grocery stores, where prices have been accelerating, Reinsdorf pointed out.

Another big issue is that while the housing costs are part of the CPI basket, house costs themselves are not. "The debate of whether we actually are reflecting inflation properly will come up more and more. House prices will start getting a lot of attention," Manoj Pradhan, co-author of a book called The Great Demographic Reversal, told Reuters.

In the meantime, home prices in the U.S. have been surging, with the annual price growth rising 17% in March. And demand has been just as strong, with almost half of the homes getting sold within a week of listing, Redfin reported in April.

This demand has also triggered new record highs in lumber prices, which have recently hit $1,326.70 per 1,000 board feet - four times more than a year ago.

I passed a billionaire on the freeway this morning: pic.twitter.com/r7SPRH0zld

Many have highlighted surging commodity prices, including lumber, rising housing costs across the world, and soaring iron ore and copper prices as signs of real inflation.

There have also been sharp increases in container shipping and other transport costs, said SP Angel analyst John Meyer.

Some analysts are not even ruling out a global food crisis as inflationary pressures pick up.

"A number of people are noticing the strength in copper, but almost no one is mentioning how grain prices are starting to go ballistic. We believe a global food crisis could very well be close. High food prices will quickly be passed into much higher inflationary expectations," said Leigh Goehring, managing partner at Goehring & Rozencwajg.

The Corn is having an incredible run $CORN $CORNQ pic.twitter.com/zUJ2MeaBt4

If inflation is really running hotter on a sustained basis, it would be a drastic shift following at least two decades of deflationary forces, which have been driven by cheap Chinese goods, technology disruption, and low wage growth, analysts told Kitco News.

"Inflation which has remained stubbornly low due to the deflationary impact of cheap Chinese goods on the market and competition for jobs from elevated immigration into key Western economies looks likely to rise," Meyer said.

There has been a technology overhang on inflation for the better part of 20 years, Deane explained, adding that this is what Federal Reserve Chair Jerome Powell sees when looking at lagging wage growth and talking about deflationary factors.

"When you look at wage growth, you have to consider what the working day was in the 1980s and 1990s and how technology has changed that. When the Blackberry came out, everyone's workday went from eight hours a day to 12-14 hours a day. People have been emailing on trains, taking calls in the evening, and more," he said. "Now, we pushed that envelope. For the same wage, we are paying people on an hourly basis a much lower level of income."

Aside from the CPI data, there are several potentially more accurate inflation gauges that investors could be following this year.

Iron ore is the leading inflation indicator that investors should be keeping a close eye on, said Deane. "Iron ore is turned into steel. And steel is a big part of a lot of the infrastructure as well as commercial and residential real estate being built around the world. If we look at the demand for iron ore, it is a really good benchmark where you would find asset inflation," he said. "Also, concrete prices are not a bad one to look at."

Iron ore has been trading near its all-time highs but could go much higher soon. "Iron ore was a leading indicator in light of the fiscal stimulus with prices reacting well before a lot of it even hit. Iron ore could trade north of $200 a ton quite soon. It is around $175 at the moment," Deane added.

Tracking wage growth is another good inflation indicator. And after lagging behind, we are starting to see a pick-up.

"Technology overhang on inflation has really flattened wage growth. However, the biggest impact on inflation from technology already occurred," Deane explained. "If you don't have that overhang anymore and there is a significant amount of free money out there, that money gets deployed — initially into assets like equity markets, real estate, farmland. We've seen farmland double or even triple in price. We've seen housing prices go up. Building costs have dramatically increased."

Deane also noted that gold is an indicator of inflation, but it follows price pressures with a lag since it is an investor's asset rather than a demand asset.

"I do think there are alternate ways that investors can track inflation. Personally, I am a fan of the site Shadow Government Statistics, or 'ShadowStats' – which provides alternate inflation data that uses 1980 CPI methodology. If we use this definition of inflation, I believe real inflation is more like 9%. In addition, home insurance is up 20% due to rising commodity prices to replace damages or do home repairs," Holmes said.

Many analysts remain convinced that inflation could be here to stay in light of the massive money printing done by the government around the world in response to the COVID-19 pandemic.

"We are firm believers that inflation is going to return with a vengeance in the next year. Even though we only just beginning to emerge from all the global COVID-19 related economic setbacks of the last year, shortages are beginning to emerge in almost everything. Semiconductors, lumber, building products, restaurant workers, and ketchup packets," said Goehring. "M-2, in response to all the incredible Fed money creation, is now growing at 27%- the fastest rate ever."

And thanks to all the fiscal stimulus, consumers are ready to spend after boosting their savings over the past year, Goehring told Kitco News.

"The economy has lost $900 bn in potential GDP over the last year, and the U.S. government has injected close to $2 trillion dollars into the economy. All this money couldn't be spent, and the U.S. savings has surged by $1.5 trillion. Never before has the consumer been in better shape, and all the surveys say that we are going to undergo a consumption spending binge, as consumers spend all their excess savings," he said.