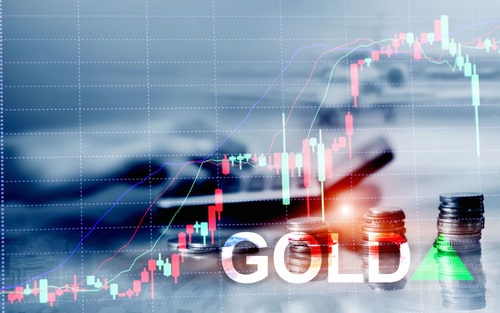 (Kitco News) Investors could see a big move higher in gold soon, according to ex-JP Morgan managing director and now CEO of Trovio, Jon Deane, who sees prices trading well north of $2,000 an ounce this year.

Inflation is already here, and the world is sitting on an economic cliff, which makes assets like gold, silver, and bitcoin very popular with investors, Deane told Kitco News.

"We are already seeing inflation. If you look around the world, you see real estate prices, building supplies, and services skyrocket," he said. "What we created since the early 1990s is an entire financial infrastructure that is relying on debt, and we have accelerated that dramatically in our response to managing the COVID-19 crisis. In that regard, we will continue to increase the money supply globally, and we will continue to have a quite aggressive fiscal policy. We are sitting on an economic cliff."

After shedding weak long positions in gold, the precious metal's technical picture is looking much better.

"We'll see a real big move in gold. We've taken a lot of the length out. We are in a real position to move higher. We'll go well north of $2,000 this year. Realistically, $2,200 is probable. It may have some headwinds as we go through $2,000 again. Gold is in a much better position than where it was a few months ago," Deane said.

What gold and bitcoin are likely to see is a wave of new investors joining the inflation hedge club. And for bitcoin, this theme is even more prevalent since it is a very new asset compared to gold.

"Bitcoin story is similar to gold but on a much bigger scale. You are introducing entirely new market participants to an asset class that has never seen that before. Every day, there is a new announcement of another major asset manager that is going to get involved in bitcoin. All those dollars add up," Deane said. "Whereas in gold, most of the people interested already have an allocation. And it is about increasing that allocation, not just getting exposure for the first time."

Either way, the interest will be there as investors are likely to want to own some sort of mix between gold and bitcoin.

"Asset managers will have a higher allocation to precious metals to protect their portfolios. New market participants will be coming into the space, and that will push prices higher," Deane noted. "We've seen a number of new generations' activity in the markets, whether it is the Reddit's Wall Street Bets community or other platforms. They will also start to look at these alternative assets."

The response to COVID-19 around the world has been to lower rates to near zero and to print massive amounts of new money. But his action has consequences, especially considering that the world was already sitting on a large amount of debt prior to the coronavirus crisis.

"Monetary policy is broken because of the debt situation everyone is and it is impossible to get rates back up to a meaningful level without some form of significantly higher inflation," Deane explained. "Money printing creates stimulus in the economy. You are pushing those dollars out the door. And people are building houses, renovating their properties, starting new businesses, spending cash. That naturally creates inflation."

With all the debt out there, monetary policy cannot be as effective, Deane added. "If you are now at 50 basis points and you raise rates by 25 basis points. That is a 50% increase in your borrowing costs at a time when the world has the greatest amount of debt we ever had. It would be a huge economic shock to put it through the system," he stated.

The only way the governments have to get rid of some of that debt would be to inflate it away. "By inflating away the debt, that means getting inflation to uptick to get negative real rates," he said. "We backed ourselves into a corner. As a result, we actually need inflation to get us out of it. We need to inflate away the debt. We need modest secular inflation."

However, the problem with inflation is that once it starts to run hot, it is very hard to control, and that could be the problem the Federal Reserve encounters soon. "We don't want inflation to run too hot. And this is the risk of Fed's approach to inflation right now," Deane explained. "People are losing confidence in economic management. People are less likely to hold U.S. dollars. The return on them is zero."