It's too early to call bitcoin the new gold, says Goldman Sachs 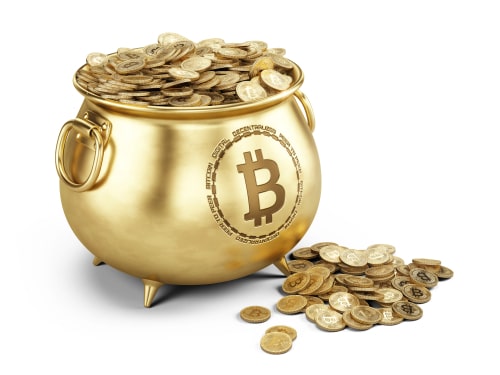 (Kitco News) After the recent rise in risk-off sentiment due to a renewed surge in coronavirus cases worldwide, bitcoin failed as a defensive asset, which shows that it is too early to rely on it as the new digital gold, according to Goldman Sachs.

There are rising concerns about bitcoin's long-term store of value, including competition from other cryptocurrencies, its massive energy use, and lack of use cases, Goldman Sachs said in a note on Wednesday.

"Risk sentiment turned a bit more cautious due to a new spike in Covid cases worldwide. This led to a renewed bid for defensive assets and removed some tailwind from risky assets," Jeff Currie, Goldman's head of commodities research, said in the note.

During that time, bitcoin tumbled from its new all-time highs of nearly $65,000 to below $50,000. This kind of trading behavior is a sign that bitcoin might be more like copper than gold, the note specified.

Since then, bitcoin recovered somewhat and is now trading above $54,000. But it has been outmatched by other cryptocurrencies, including ethereum, which is currently trading near its all-time highs of $2,734.95.

"Bitcoin gave ground to other cryptocurrencies such as ether and altcoins. This, in our view, underscores the fact that competition among cryptocurrencies for the status of dominant long-term store of value is still on and adds additional source of risk to holding bitcoin," Currie said.

Also, there are worries about bitcoin's environmental impact with bitcoin's electricity consumption beating that of Argentina on an annual basis, the note pointed out.

"While bitcoin benefits from greater liquidity, it suffers from lack of real use and weak environmental, social, governance ESG scoring, due to its high energy consumption," Currie said.

Lack of use cases is weighing on bitcoin as a long-term store of value. "Traditional long-term stores of value such as gold, art, diamonds, wine and collectibles all have value and use beyond being stores of value," Currie said. "Real use is important because it smooths the volatility of the price, as real demand adjusts to absorb swings in investment demand. It also means that the asset is unlikely to go to zero."

These concerns raise questions over bitcoin's dominance in the crypto space and point to a growing risk that bitcoin is "vulnerable to losing store-of-value demand to another, better-designed cryptocurrency," the note said." Therefore, we think it is too early for bitcoin to compete with gold for safe-haven demand and the two can coexist."