Commodities are surging: can this last or is it 'transitory' spike as Fed says? 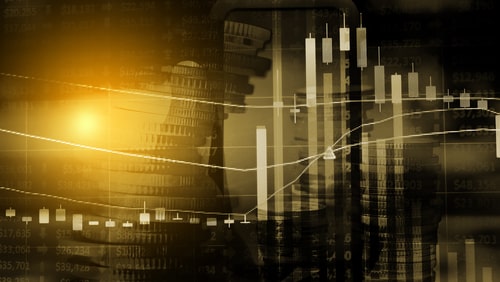 (Kitco News) Commodity prices have been surging all across the board – from iron ore, lumber, and copper. But some analysts are saying that the jump in prices could be temporary, projecting a retreat in the second half of the year.

As economies around the world reopen, many, including even the Federal Reserve Chair Jerome Powell, have been warning of increased price pressures in the near term. And many see these price pressures as already here.

But the debate now is not about whether inflation will accelerate. It is about how permanent the price pressures will be.

The Fed is continuing to argue that any price pressures this year will be "transitory" in nature due to the base effects and supply-chain bottlenecks. Some key market figures have come out to disagree with this outlook.

"I'm not sure why they think they know that it's transitory. How do they know that when there's plenty of money printing that's been going on, and we've seen commodity prices going up really massively," Jeffrey Gundlach, chief executive and chief investment officer of Los Angeles-based DoubleLine Capital, told Bloomberg this week. "There's plenty of indicators that suggest that inflation is going to go higher, and not just on a transitory basis, for a couple of months. So we'll see how the Fed is trying to paint the picture, but they're guessing."

"We expect the biggest jump in oil demand ever, a 5.2 million barrels per day (bpd) rise over the next six months," Goldman said in a note this week. "[And] the only way this record-sized and fast approaching supply crunch [in copper] can be solved is via a surge in price to new record highs," the bank said.

But a number of analysts are starting to come out in agreement with the Fed's "transitory" inflation outlook, at least when it comes to commodity prices.

Capital Economics, for example, just issued a report projecting commodity prices to start falling by the end of next year. "Following a spectacular rebound from pandemic-induced lows, we continue to expect that most commodity prices will be falling again by end-2021," the firm's commodities economists wrote.

This means that prices will eventually drop back to more normalized levels, especially when it comes to raw commodities.

"Although growth in demand should be strong as the global economic recovery gathers pace, the recent price gains will incentivize supply. This is particularly the case for agricultural commodities, where output can respond quickly to prices," they said.

Agriculture commodities are close to their peak, the economists noted, explaining that increased demand will be met with more supply.

"The rise in prices over the last year will lead to an increase in both planting and harvesting over the next eighteen months, which should boost the supply of most agriculturals, particularly the major grains. Accordingly, we forecast that most agricultural prices will decline over the next few years," Capital Economics said.

"We do still have the majority of industrial commodities trending lower into H2 as policy normalization in China, coupled with high prices themselves, leads to a pause in the aggressive buying seen over much of the past year," said BMO Capital Markets commodities analyst Colin Hamilton.

Aside from rising supply, which should help meet increasing demand, several other obstacles could weigh on commodities prices, such as stronger U.S. dollar and higher U.S. Treasury yields, Capital Economics said.

"Our forecasts of slowing economic growth in China, as policy stimulus is withdrawn, and softer growth in demand for Asian goods exports point to downward pressure on industrial metals prices," the report added.

And even though Capital Economics does not see the current price surge turn into a commodity supercycle, it does believe that some metals will greatly benefit from the transition to greener economies in the long term.

"We are skeptical that the latest rally is anything more than a policy-induced cyclical upturn. However, we do see scope for the prices of some metals used intensively in the green economy to benefit from surging demand in the coming decades," the economists said. "We expect that declining demand, ample supply, and lower marginal costs will progressively weigh on oil prices … EVs contain significantly more copper and aluminum per unit compared to conventional ICE vehicles. And most 'green' infrastructure is metals intensive. As a result, by 2030, metals demand could surge at a time of subdued investment in mine supply."