'I hate bitcoin success': It's 'disgusting and contrary to the interests of civilization,' says Charlie Munger 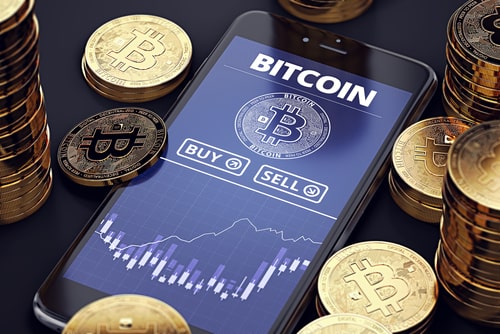 (Kitco News) Berkshire Hathaway Vice Chairman Charlie Munger triggered a social media outcry with his comments on bitcoin, calling the cryptocurrency "disgusting and contrary to the interests of civilization."

Munger did not mince words, saying that he "hate[s] the bitcoin success."

"I don't welcome a currency that's so useful to kidnappers and extortionists and so forth, nor do I like just shuffling out of your extra billions of billions of dollars to somebody who just invented a new financial product out of thin air," the 97-year-old Munger said during the weekend Q&A session at Berkshire's annual shareholder meeting.

Earlier in the Q&A, the Berkshire chairman and CEO Warren Buffett decided to avoid the question. But after Munger spoke, Buffett added: "I'm alright on that one."

Social media lit up during the weekend in response to Munger's comments, with many dismissing the attack on bitcoin as out of touch.

"He owns banks that launder billions per year & have been charged criminally. Give me a break," Morgan Creek Digital co-founder Anthony Pompliano tweeted.

“I should say modestly that I think whole damn development is disgusting and contrary to the interests of civilization.”

He owns banks that launder billions per year & have been charged criminally.

Give me a break.

Many others have joined in:

The year is 2069: All sovereign nations hold #bitcoin . Most global commerce is in $BTC. History books detail the Bitcoin revolution which saved the world from excessive gov’t money printing.

I love Charlie Munger, but if you're a 50 year old investment professional taking tips from a 97 year old on tech trends, you shouldn't be managing other people's money.

Not much more that needs to be said. Time is better spent writing about what's getting built in crypto.

Bitcoin may be contrary to Charlie Munger’s idea of civilization.

But for many less privileged than he, a neutral, open-source, permissionless, censorship/confiscation-resistant financial system beyond the control of corps + govts is *much* more civilized than the status quo. https://t.co/gFGsEY2ntN

Honest question, have Charlie Munger and Warren Buffett been a positive or negative for civilization?

We know that they're fabulously rich, but in a fiat system, that could be achieved through being close to the money printer or through creating goods and services.

At the Berkshire Hathaway AGM this weekend Charlie Munger called bitcoin 'disgusting and contrary to the interests of civilization' but Jimmy who’s 11 years old and owns bitcoin hasn’t learned about civilization in history class yet.

Warren Buffet and Charlie Munger could have been the world's first Trillionaires,

but instead of buying Bitcoin

they spent the past decade hating on it.

Munger is known as being an avid bitcoin critic who has criticized the cryptocurrency for its massive bouts of volatility and lack of regulation.

Back in February, Munger also brought gold into the conversation as well, referring to bitcoin as a "kind of an artificial substitute for gold."

"And since I never buy any gold, I never buy any bitcoin," Munger said during an interview at the Daily Journal's annual shareholder's meeting. "Bitcoin reminds me of what Oscar Wilde said about fox hunting. He said it was the pursuit of the uneatable by the unspeakable."

Bitcoin, in the meantime, is in the process of recovering after a recent selloff below $50,000. The cryptocurrency was last at $58,038, still up more than 98% since the start of the year.