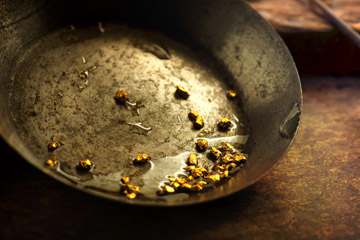 According to the company’s statement, Northern Star now has 21Moz in gold Reserves (up 8%) and 56.5Moz in gold Resources (up 15%) exclusively in tier-1 locations and close to existing production infrastructure. Growth was led by KCGM, with Reserves of 11.6Moz, up 20% from 9.7Moz, and Resources of 26.3Moz, up 38% from 19.0Moz.

These estimates reflect Northern Star’s combined asset base, including 100 per cent of KCGM’s Reserves and Resources.

The company said that expanded inventory will underpin Northern Star’s strategy to grow production to 2Moz per annum by 2027.

Northern Star Resources is a global-scale Australian gold producer with Tier-1 world-class projects located in highly prospective and low sovereign risk regions of Australia and North America. Northern Star rapidly transformed from a 100,000oz per year, single mine producer in 2010, to now operating four concentrated centres with total annual production in FY2020 of 905,177oz at A$1,496/oz.