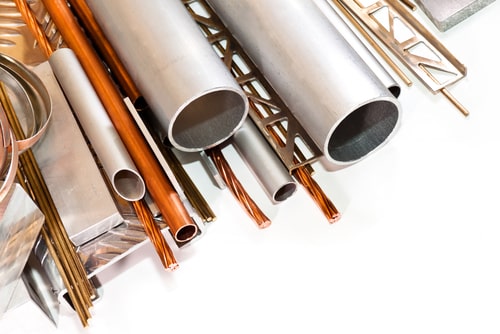 (Kitco News) Russia is looking at the sudden metals price surge after receiving a number of complaints from consumers. The country is now mulling over potential solutions, including regulating domestic prices.

The country's Ministry of Industry and Trade is looking into the possibility of including a number of steel products on the list of goods that are deemed essential for the domestic market. This would give the government the power to one day limit exports to control prices.

"At the moment, there are no plans to introduce restrictions, but in this way, we could create a mechanism that the government can use if necessary," the Ministry of Industry and Trade told Interfax on Tuesday.

The list could include products such as iron ore, semi-finished iron or steel, rolled steel, copper billets, scrap and waste copper, copper and aluminum wire and unprocessed aluminum.

On top of that, the Russian government announced a proposal last week to look into some measures to help tackle the massive rise in metal prices, according to the spokesman for First Deputy Prime Minister Andrei Belousov.

The reason behind the move is the drastic increase in prices for several metal products, including pipes, steel bars and sheet metal, which surged around 30% at the end of last year and the beginning of this year, the Russian government said.

"The government has been receiving complaints from consumers of metal products, in particular from construction companies," the government's statement said.

Belousov commented last week that he is against any "emergency measures," including the introduction of export duties on steel, Interfax reported.

Some of the measures being looked at include "the possibility of market-based regulations of prices."

One way to do that would be by setting up inventories of metal products, which could eventually be used for price interventions. Another idea being tossed around is setting up direct contracts with a fixed price to reduce its cost for builders.

According to the government's statement, one month was set aside to look at all the proposals. Still, everything will depend on how metals prices continue to trade.

China has also been talking about rising prices as being a concern for local companies, raising concerns over regulatory disruptions.

"Overall economy and operation of enterprises have continued to recover, but surging international commodity prices have brought great pressure on companies' costs," official Xinhua news agency cited a symposium chaired by Premier Li Keqiang in the middle of April.

Li was asked to strengthen market regulation of raw materials in order to take some cost pressures off companies.