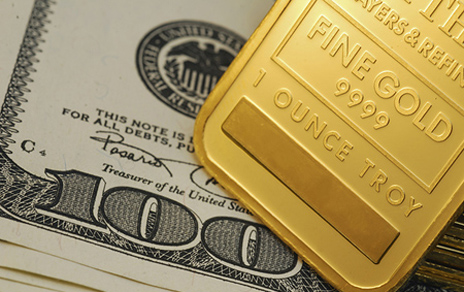 (Kitco News) - The gold market is struggling to find enough bullish momentum to break its chains and push above $1,800 an ounce; however, one market analyst says that it is now time to focus on the precious metal's long-term potential as inflation pressures start to rise.

In a recent interview with Kitco News, Tim Hayes, chief global investment strategist at Ned Davis Research, said that after gold's dismal performance in the first quarter, he is now turning bullish on gold, shifting from a neutral position.

He said that he sees potential for gold to resume its long-term uptrend as inflation picks. While the U.S. economy continues to recover from the COVID-19 pandemic, Hayes said that the increased activity will come with higher consumer prices.

"The Federal Reserve has said it wants inflation to run above their target, and the risk is that as they let inflation run, they will end up behind the curve. It will be very disruptive for the market when they do start to react," he said. "Inflation is the genie in the bottle, and once it is let loose, it is difficult to get back in."

If investors are wondering just how high inflation could get, Hayes said that they only have to look at what is happening in commodity markets. Lumber prices, copper and food prices have skyrocketed to record and multi-year highs in recent weeks.

Hayes noted that of the 17 commodities in the Commodity Research Bureau (CRB) Index, all of them, except for gold, are trading above their 200-day moving averages.

"Gold was the only commodity that was doing anything back in 2019. It kind of got ahead of itself last year. Now we have seen a correction. Now with everything happening in commodity markets, I think we start to see gold participate in this broader market rally," he said. "When you look at what is happening within the broader commodity market, this is a sign something is going to happen with inflation."

Hayes also said that it is difficult to see how inflation doesn't pick up as the amount of money that has been pumped into the economy and financial markets has wholly overshadowed the measures taken during the 2008 financial crisis.

Some analysts have warned that rising commodity prices could lead to an inflation shock similar to what was seen in the 1970s; however, Hayes said that he doesn't see that dramatic of a rise. He added that while inflation pressures will rise, the uptrend lasting for two or three years. He noted that his continuous inflation will be very supportive for gold in the long term.

While Hayes said that he doesn't have a price target for gold, he does expect prices to push significantly higher in the next two to three years.

"Gold can go a lot higher from here; we're not just looking at record highs," he said. "Once we get a breakout, it will bring in a whole new group of investors who will start to buy into the idea that they need gold as an inflation hedge."

Along with rising inflation keeping real interest rates in negative territory, Hayes said another major factor for gold will be a weaker U.S. dollar. He added that he sees signs that the U.S. dollar is reestablishing its long-term downtrend as the U.S. government continues to increase its deficit spending. He noted that this year the deficit has ballooned to more than $4 trillion.

Tether pushes back against the FUD, says its reserves are overcollateralized