Could the Fed's overreaction pull U.S. into recession? 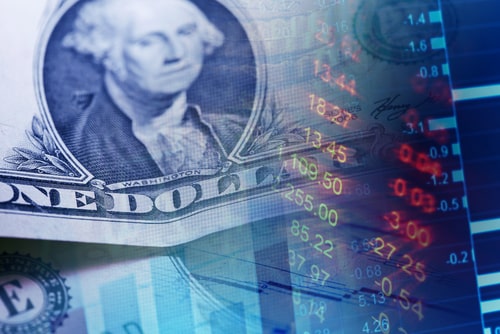 (Kitco News) As inflation risk looms, one portfolio analyst is carefully watching the Federal Reserve's response, warning that an overreaction could pull the U.S. into a recession.

The Federal Reserve has been unyielding in its stance — inflation is transitory. If it is wrong, the central bank has also said that it has the right tools to combat inflation.

But one significant headwind for the economy going forward is an overreaction by the Federal Reserve to higher inflation, Tobias Financial Advisors portfolio analyst Charles NeSmith told Kitco News.

"We could see a spike in inflation. With variables moving so quickly, a lot of times, recessions are caused by economic shocks. You could see an overreaction by the Federal Reserve to taper inflation. And that could pull us into recession. So I am closely monitoring the Fed and labor markets," NeSmith said.

The Federal Reserve has a dual mandate — inflation and maximum employment. "Right now, they are being very loose and promoting easy money. And that is going to support economic growth," he said.

With the current fiscal and monetary conditions, markets are expecting a big GDP increase, which is what the U.S. economy is seeing.

But as the U.S. enters the second stage of recovery, easy money could become a problem.

"You can't keep such an easy policy for the economy for a long time. The government and the Fed act as a buffer when everything goes bad. And that is what they are doing right now. But as the economy recovers, they will eventually have to put the breaks on. And it depends on how hard they put on the breaks. I doubt they'll go too far. But at the same time, they can't let inflation run," NeSmith said.

The balance between propping the economy up and keeping inflation at appropriate levels might prove to be a more challenging battle than the Fed anticipates. Inflation is notoriously difficult to control once it gets going, and prices have proven to be stickier than previously thought.

"We didn't see deflation when the economy shut down last year, which was a really big thing. That showed us that inflation and prices are more sticky. Before the economic shutdown, prices were pretty stable. Coming out of this, we are probably going to see stickier prices than expected," NeSmith said.

"As we become more of a service-based economy, wage growth is a hidden catalyst of inflation. Wage growth is up more than inflation. I look at the balance of these two numbers when determining true inflationary pressures on the economy," he noted.

The most likely thing the Fed will do this year is change expectations, NeSmith added.

One trigger that could force the Fed's hand is money velocity, which so far has been flat. Money velocity is how quickly a dollar moves around the economy. Once velocity picks up, the U.S. economy is likely to see some inflation.

"While the U.S. continues to print money, it is not moving through the economy yet. Once we see an uptick in money velocity, then we may run into issues with all the money being printed," NeSmith explained. "Right now, money velocity is very needed. It just depends on how the Fed will act on that. Once we see velocity pick up, the Fed will have to put some breaks on."

Other potential headwinds NeSmith is watching include labor supply. If fewer people are entering the labor force, it will tighten the labor force a lot. "It can cause income inequalities to widen even more, and that could be a long-term headwind against economic growth," he added.

The good news for the U.S. is that it leads the vaccination drive and is one of the first economies to reopen.

"The U.S. is doing very well compared to a lot of the other places in the world, especially Europe. Right now, we are on track for about 8% GDP growth, and it is really starting to pick up some steam. We are seeing some really promising data out of employment. And things are looking relatively good," NeSmith said.

When planning portfolios in this environment, NeSmith is preparing for higher rates in the future.

When asked about commodities, NeSmith said they are useful as small portions of portfolios as they are used as protection against inflation and as a correlation for diversification benefits.

"Things I am looking at this year when planning a portfolio are the labor force participation and wages. It is number one on my radar. Even though it is a lagging indicator, it will tell us how inflation will react. Also, closely watching interest rates because they control prices for all assets," he stated. "Keeping an eye on high-yield bonds should give us an idea of economic performance going forward. So a big spike in the spread of high-yield bonds over Treasuries could mean that this recovery could take a little bit longer."

The best thing to do in this environment is to have a diversified portfolio. And gold is a part of that.

"Gold is a flood to safety investment. It has come down a lot since we had a big scare last year. It is a good hedge and diversifier for a portfolio. Probably a good benefit to have instead of using it primarily to hedge against inflation. Over time, it will be the best thing for you to battle rising prices in the future," NeSmith said.