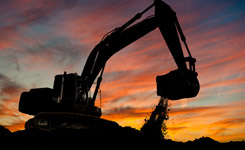 The company said that the decrease in ounces sold from Q4 2020 to Q1 2021 is mainly due to lower production at Mesquite as the result of planned limited stacking of ore, as well as heavy rains in Brazil which resulted in some of the mines processing a portion of lower-grade stockpiles instead of run-of-mine ore.

Earnings from mine operations in Q1 2021 of $44.2 million decreased from $97.7 million in Q4 2020, and net income in Q1 2021 was $50.3 million compared to $91.2 million in Q4 2020. The decrease in earnings from mine operations and net income was largely driven by the decrease in revenue and higher operating costs at Los Filos as it recommenced operations after resolution of the community blockade.

Equinox Gold is a Canadian mining company operating entirely in the Americas, with seven operating gold mines and a plan to achieve more than one million ounces of annual gold production from a pipeline of development and expansion projects.