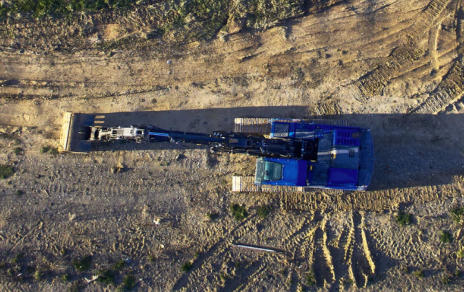 (Kitco News) - Hecla Mining Company (NYSE:HL) reported Thursday that the company  produced 3.5 million ounces of silver in Q1 2021, a 7% increase over prior year period. The company said that production increased due to higher grades and Lucky Friday being in full production.

According to the statement, the company's sales were $210.9 million, second highest in the 130-year history, a 54% increase over prior year.

Gross profit increased by $53.4 million to $64.8 million due primarily to higher metal prices and production of silver, lead, and zinc. Profit also improved due to lower treatment charges at Greens Creek. Casa Berardi also contributed with strong gold production from higher grades, recovery, and improved throughput in the current period.

"The strong performance Hecla has had in five of the last six quarters continued in the first quarter of 2021 with the second highest sales in our history, a new record for EBITDA and gross profit on sales that is about a third higher than the next closest quarter," said Phillips S. Baker, Jr., President and CEO. "Free cash flow generation was the most Hecla has had in the first quarter in a decade. Since the first quarter is typically our smallest quarter, we anticipate cash flow increasing over the rest of the year. Therefore, the Board has increased the silver-linked dividend at the $25 price threshold by 50% to $0.03 per share annually."

Founded in 1891, Hecla Mining Company is the largest U.S. silver producer with operating mines in Alaska and Idaho and is a growing gold producer with an operating mine in Quebec, Canada. The company also has exploration and pre-development properties in seven world-class silver and gold mining districts throughout North America.