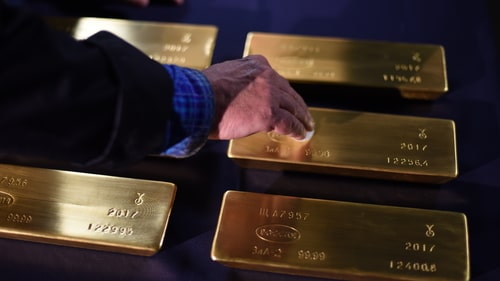 (Kitco News) Russia reported a significant increase in gold exports, up 72% during the first quarter of this year, according to the country's Federal Customs Service data.

Total gold exports were at 51.8 metric tons worth $3 billion during the first quarter.

In March alone, gold exports jumped to 26.5 metric tons, worth nearly $1.5 billion. This is around 2.3 times higher than in February.

The biggest buyer of Russian gold remained Britain, purchasing 21.1 tons worth $1.2 billion. This is not surprising given that London is a global hub for precious metals.

The data from the Federal Customs Service also revealed that other buyers were Turkey, India, Kazakhstan, Switzerland, Armenia, and Belarus.

Russia is seeing higher exports of gold after the country's central bank gave the green light to local banks to export their gold after pausing its own official gold purchases in April of last year.

"This is a decision that we do not disclose in advance. I must say that we are not considering it right now. If any decisions are made, we will inform the market … if we see the need to buy again. But right now, we don't see that need," Yudaeva said at the end of April.