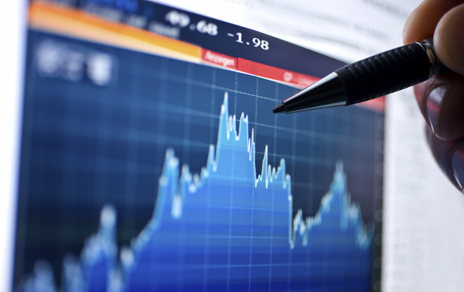 (Kitco News) - Gold prices are holding on to strong gains above $1,800 an ounce as the U.S. economy was unable to meet the high bar set for the labor market, creating significantly fewer jobs than expected in April.

Friday, the Bureau of Labor Statistics said 266,000 jobs were created in last month, economists were expecting to see job gains of around 990,000.

Meanwhile, the unemployment rate ticked slightly higher to 6.1%. Economists were expecting to see a reading around 5.8%.

After breaking $1,800 an ounce Thursday, gold market was seeing some strong technical gains ahead of the jobs report data. The precious metal has managed to push higher in initial reaction. Spot gold last traded at $1,833.90 an ounce, up 1% on the day.

According to some analysts the disappointing jobs data will be a significant tailwind for gold prices as the it relieves a lot of market pressure for the Federal Reserve to tighten monetary policy sooner than expected.

Ahead of the report many analysts speculated that a strong employment gains could set the stage for the central bank to taper bond purchases by the end of the year.

"There's a bit of disbelief around this number. I wonder if this is a game-changer and shifts the conversation towards the Fed's baseline about rates staying very low for a very long time along with only-transitory inflation," said Adam Button, chief currency strategist at Forexlive.com

According to reports this is the second biggest miss on record for employment estimates, versus the actual number.

Not only is gold benefiting from the disappointing headline number, but some analysts note that building inflation pressures will also drive prices higher. The report noted a significant jump in wages.

The report said that average hourly earnings increased by 21 cents, or 0.7% last month to $30.17. Economists were expecting to see no change in wages in April. For the year wages have increased 0.3%.

Along with the disappointing April numbers, report also noted weakness in revisions in March. Last month&'s employment numbers were revised down to 770,000 jobs, down 146,000 from the initial estimate.

"With these revisions, employment in February and March combined is 78,000 lower than previously reported," the report said.

Some economists are looking past the latest employment data, saying that the labor market will improve as the U.S. economy continues to reopen.

“We'll stick to our view that there will be much stronger job gains ahead, but today's data will leave the Fed's dovish tone intact,” said Katherine Judge, senior economist at CIBC.