What's next for gold price after biggest weekly gain of 2021? 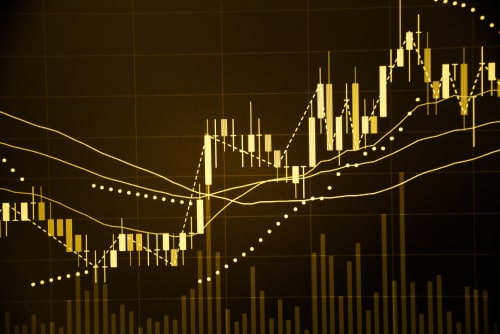 (Kitco News) Gold is looking to post its biggest weekly gain since the start of the year as prices crack through $1,800 and set sights on $1,850 an ounce. Analysts are not even ruling out $1,900 for next week, as they cite inflation fears and weaker U.S. dollar.

At one point, gold was up more than $70 on the week on Friday, trading above $1,840 an ounce. This strength comes after more than two months of consolidation below the $1,800 level.

The final push higher came as the U.S. posted much weaker-than-expected employment data. The U.S. saw only 266,000 jobs created in April. And even though that the number is still healthy, markets were expecting to see one million jobs. The disappointment was doubled when the March figures were revised from 916,000 to 770,000.

"What we've seen is a very significant disappointment. The economy is counting to recover, but it looks like the speed of the recovery, at least on the employment side, may not be as robust as people have hoped for," TD Securities head of global strategy Bart Melek told Kitco News.

"Wages are up because employers are having a hard time hiring people. For example, in Florida, May would be the last month where people don't have to prove they are looking for a job in order to get unemployment benefits. There are a lot of available positions, and employers are willing to pay higher wages," noted Haberkorn.

This has significant implications when it comes to monetary policy expectations. "That means the Fed will stay true to its words that they will keep the easy monetary policy until they reach maximum employment. It looks like the U.S. is going to have unemployment issues for a while," Melek pointed out.

In response to this data, real rates moved down, the U.S. dollar retreated, and gold benefitted.

Rising inflation expectations have also accelerated gold's move higher this week. "We trade the entire commodities complex, and gold and silver haven't really moved much over the last few months in comparison to the rest of the sector. Now, we are starting to break out as bargain hunting is coming in," Haberkorn told Kitco News. "There are people who want to be long commodities because of inflation concerns."

The next critical level for gold is to get past the $1,851 an ounce, which is the 200-day moving average.

Gold is still cheap at these levels relative to the entire commodity complex, Haberkorn added. "The fact that we smashed over $1,800 convincingly, it looks bullish for gold."

Investors are looking for exposure to gold and silver, whether through futures or other means, he said. "If we can get a move above $1,850, we could get to $1,900 and break through there, Haberkorn stated. "It's really hard to be short the metals because they are laggards of the commodities group."

The April employment numbers raise more questions than answers about the future of the economy, said Walsh Trading co-director Sean Lusk, who sees gold rising back to the levels unchanged on the year.

"This is all bearish for the dollar and bond yields and friendly for metals. We can go to $1,895 next — which is unchanged on the year," he said.

Melek noted that the gold market is likely to see re-adjustments to some of the short positions next week.

"We are fairly close to the 200-day moving average of $1,851. We'll try to attempt that. I think we will get there earlier rather than later, and that could mean we are off to the races. Might get $1,900 quicker than previously thought," he said.

Most of the macro releases are concentrated in the second part of the week, with the CPI data scheduled for Wednesday, the U.S. jobless claims and PPI for Thursday, as well as U.S. retail sales and industrial production for Friday.

Wednesday's inflation data will be closely monitored to see how price pressures are developing.

"Consumer price inflation is likely to jump to close to 4% as prices in a vibrant re-opening economy contrast starkly with those from 12 months ago when the economy was in lockdown and companies were slashing prices to generate cash flow," said ING chief international economist James Knightley.

The jump in prices will keep the inflation debate alive as the Federal Reserve maintains its stance that any inflation the U.S. sees this year will be transitory.

"We continue to believe that inflation could be more persistent than we have seen in previous economic cycles. Commodity prices, freight charges, supply chain disruptions, surging house prices, and rising employment costs all factor into our thinking," Knightley said.