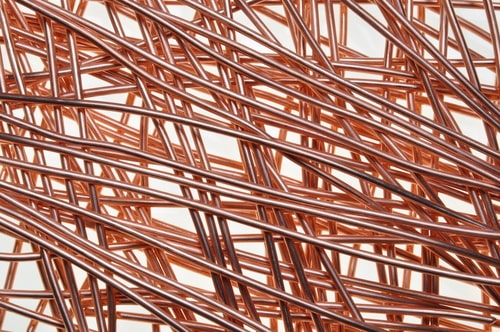 (Kitco News) Copper is one of the leaders of this year's commodities bull rally, and its price surge is far from over, according to Goehring & Rozencwajg Associates, which is projecting at least a seven-fold increase in copper before the bull rally subsides.

"We are strong believers that copper prices are heading significantly higher. After bottoming at $1.95 per pound in early 2016, copper prices have more than doubled. Copper equities (as measured by the COPX ETF) have done even better, rallying over 200% — more than twice the increase of the S&P 500," Goehring & Rozencwajg said in a report.

The last time copper was in a bull market was between 2001 and 2011. This is when copper saw a seven-fold increase in price, rising from $0.60 to $4.62 per pound. A similar rise is possible this time around as well, especially considering that the fundamental drivers are even more bullish in 2021.

"We would not be surprised to see copper prices again advance a minimum of seven-fold before this bull market is over. Using $1.95 as our starting point, we expect copper prices to potentially peak near $15 per pound by the latter part of this decade," Goehring & Rozencwajg said in its Natural Resource Market Commentary.

The bullish scenario for copper is a mix between lack of new supply and really strong demand. "Stagnating copper mine supply, already colliding with strong demand, will push copper prices far higher than anyone expects," Goehring & Rozencwajg wrote.

On the demand side, copper will have Chinese demand exceeding expectations, India emerging as a major copper consumer, and the overall global trend of moving towards renewable energy. And on the supply side, mine growth is projected to slow down to a halt during this decade.

The supply issues go back to 15 years ago when the copper industry started to see depletion problems back in 2005. "Both ore reserves and quality of ore being mined are in pronounced declines," the report noted.

During the last copper rally, higher prices did eventually trigger an increase in mine supply, but it took more than five years.

"The question is what will happen to copper supply as we progress through this decade? Our research strongly suggests that supply growth, which has been minimal since 2016, will continue to disappoint," the report concluded. "Over the past ten years, new copper discoveries have slowed dramatically. Since there is often a multi-year lag between new discoveries and reported reserves, Greenfield additions will likely disappoint as we proceed through the decade. The tremendous amounts of exploration dollars being spent show little in the way of exploration success."

"Our research tells us the copper industry's ability to increase its reserve base by lowering its cut-off grade is nearing an end, regardless of how high copper prices go. It is a complicated but very important subject based on how copper porphyry deposits are geologically formed," Goehring & Rozencwajg added. "Because of increasing depletion issues, the lack of new world-class mines coming online, and geological constraints embedded in copper porphyry deposits, our research tells us that copper supply will show little growth this decade."

Copper hit a new record high on Monday after three-month copper on the LME rose to $10,747.50 a tonne, beating Friday's record highs.