Summer of volatility? Gold price to make a run to $1,900 as Fed waits for better data 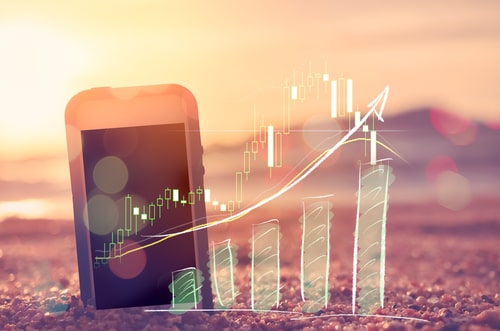 (Kitco News) Summers are usually a quiet time for the markets, especially for gold. But this year could surprise investors with fresh bouts of volatility, said OANDA senior market analyst Edward Moya.

"You're probably going to see more volatility this summer than most people anticipate. You'll have a better idea on the next round of stimulus from the Biden administration as well as get some clarity on taxes," Moya told Kitco News. "The other wildcard is China-U.S. relations. And it just seems that things are just brewing, and that could trigger a massive safe-haven move."

For gold, this volatility could be excellent news as the precious metal gears up to make a run towards $1,900. Slower growth is a key part of that outlook, especially after the disappointing U.S. jobs report last week.

"If we start to see some slower growth, that's going to be very positive for gold. If the economy is starting to lose some of this skyrocketing momentum, that supports the Fed's current stance," Moya said. "Gold prices eventually make a run towards $1,900. It will depend on how the recovery unfolds."

A patient Fed this summer is one of the main reasons why Moya said he is bullish on gold, stating that the Fed is not likely to make any changes to its statement until the end of the summer.

"If Fed waits until Jackson Hole, which is at the end of August, to taper its asset purchases, it will be very good for gold. And you could even make an argument that we could push well above $1,900. The longer it takes for the Fed to begin the tapering conversation, the better for gold," he stated. "You're probably in a period where gold should see good support leading up to the Federal Reserve's June policy decision. And you'll have a lot of marketing jitters before the July meeting."

A complete recovery will be a lot harder to achieve as the Fed focuses on income inequality and ensures the job gains are present across the board.

"For the Fed to complete its job, you'll need to see the infrastructure spending passed; you're going to need to see a lot more help for the economy. And that's why I'm pretty confident in the expectation that the Fed will be the last major central bank to remove accommodation," Moya added.

This outlook is based on the assumption that the U.S. economy will not be surprised with a few stellar job reports in a row, which is looking unlikely at this point.

The broader market is also finally becoming a lot more optimistic on gold in general, Moya pointed out.

"Gold is slowly becoming more bullish for more people. A month ago, you could have made the argument that the majority of Wall Street was bearish on gold, and now it seems that the tables have turned," he noted.

One reason for this broader shift is growing inflation fears in light of the rising price pressures worldwide.

"Every corporate update is signaling that these pricing pressures are going to be pretty powerful. You're going to start to see that gold is going to once again reassert itself as an inflationary hedge, and you're probably going to see that the recovery in gold," Moya said.

Inflation will most likely hurt the emerging markets first, which will turn towards gold for security and help boost demand for the physical metal.

The commodity supercycle that the world is seeing when it comes to copper and lumber prices will finally start to include gold as well, according to Moya.

"Inflation is not going to be a concern in the next couple of months. But it's really after that it will start to make an impact," he said. "There will definitely come a time when inflationary pressures are going to derail risk appetite broadly. That would need to be accompanied with fears of follow-through on the Biden tax plans."