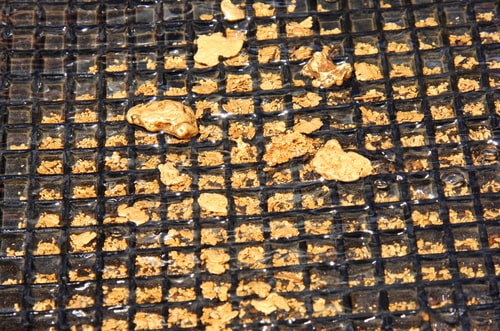 (Kitco News) China might give up its position as the world's largest gold producer sometime during this decade, said S&P Global citing a presentation by consultancy and analytics firm Institute of Geotechnologies.

The shift could come as China slows down its mining operations while Russia expands, S&P Global said in a note.

Russia was the second-largest gold producer last year after tripling its output over the previous two decades.

"With its estimated 331 tons in 2020, Russia ranked second in terms of global gold output accounting for 9% of the world's total, Institute of Geotechnologies wrote in a presentation seen by S&P Global Platts May 6. Production in China declined 3.8% on the year to 368 tons.

If Russia maintains its current growth trajectory, it may become the world leader in gold mining as soon as this decade, the institute claims," S&P Global wrote.

In the short term, the Institute of Geotechnologies projects Russian gold production to continue to see annual growth of 0%-2%. By 2025, however, this pace is estimated to accelerate due to the expansion of existing mines or the launch of new large production assets.

"A number of sources predict Russia's production to reach 427-482 tons/year by 2030, but analysts of the Institute of Geotechnologies believe in the prospect of 550-600 tons/year output by the end of the decade," S&P Global specified.

On top of that, Russia's unique and significant share of alluvial gold ensures increased mining activity and investment in the future, the note added.

"Over 70% of Russian gold comes from gold deposits. Polymetallic deposits (copper-pyrite, copper-nickel, etc) provided about 12% of production. The last few years saw the emergence among Russian largest gold companies of producers, for whom gold is a byproduct."

Russia's gold market is also resilient to any gold price fluctuations because of low-cost operations.

"A potential decline in the world gold price will have a lesser effect on the production of large Russian miners due to their relatively low operational costs; it will rather stimulate them to ramp up output," S&P Global said.