Gold has the 'green light' as inflation heats up analysts look for break above $1,850 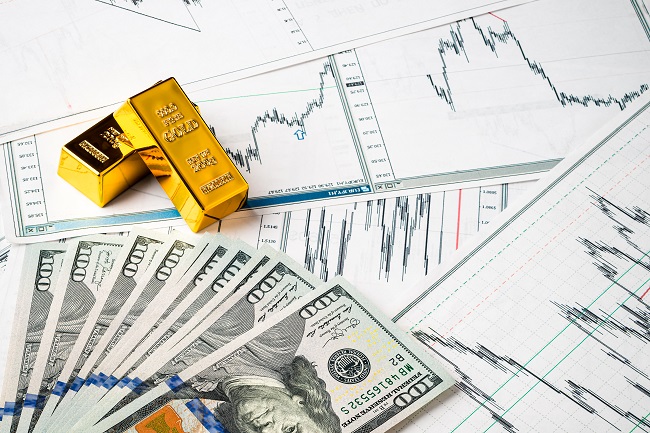 Analysts have said that gold is in a sweet spot as more investors look for an inflation hedge. The renewed interest in gold comes after annual U.S. CPI rose 4.2% last month, its most significant increase in 13 years. Meanwhile, Thursday, U.S. producer prices rose 6.2% for the year, the biggest increase on record.

Bart Melek, head of commodity strategy at TD Securities, said that although inflation is rising, it is still too soon to tell if it will be more permanent or transitory, which is in line with expectations from the Federal Reserve.

Melek added that TD is currently in the camp that inflation will be transitory. He explained that while commodity prices continue to push higher, there is enough spare capacity in the global economy to accommodate this new bull-market cycle.

"We think the Federal Reserve will be quite comfortable looking through the latest inflation numbers," he said.

With inflation on the rise and the U.S. central bank looking to hold the line on its monetary policy, Melek said that it is only a matter of time before gold prices push above $1,850 an ounce. He added that if that price level breaks then the next primary target would be the January highs above $1,900.

Sean Lusk, co-director of commercial hedging at Walsh Trading, said that he is bullish on gold as inflation is "real."

He added that while there is a threat that rising inflation will push bond yields higher as fixed-income traders start to anticipate the Federal Reserve raising interest rates.

However, he added that any dip in the gold prices because of rising bond yields is a buying opportunity.

"Uncertainty abounds and that that is why the Fed will be hesitant to tighten monetary policy and that will be good for gold," he said. "Even if the Fed does look too tight, there is no doubt they will be behind the curve. Real interest rates will remain in negative territory and that is a good environment for gold."

Carsten Fritsch, precious metals analyst at Commerzbank, said in a note Friday that rising bond yields hitting 1.7% has held gold back from breaking above $1,850 an ounce. However, Fritsch also put the bond yields into perspective.

"Though U.S. bond yields climbed to as high as 1.7% [Thursday], they are still 2.5% lower than the current rate of inflation. Even if the latter falls again during the course of the year, real interest rates remain significantly negative. This is because continued ultra-expansionary monetary policy puts tight limits on any rise in bond yields," he said.

Fritsch said that he expects to see renewed speculative interest in the gold as prices have been "given the green light" to go higher.

Although inflation will be bullish for gold, Lusk said that the precious metal next week should also attract new safe-haven demand as geopolitical tensions continue to rise with the growing conflict between Israel and Palestinians in the Gaza Strip.

While the gold market is seeing some new bullish momentum in an inflationary environment, some analysts also note that the precious metal continues to face some headwinds, namely growing competition from cryptocurrency.

In an email to Kitco News, Mike McGlone, senior commodity analyst at Bloomberg Intelligence, describes the $1,850 an ounce level as a "rounding error." He added that the precious metal would be higher if it weren't for bitcoin.

McGlone added that with copper prices hitting all-time highs, gold prices should actually be trading around $2,300 an ounce.

"Gold has reached an inflection point of replacement in investment portfolios by Bitcoin," he said. "Gold going to be boring for a while as the excitement and upside potential is shifting towards the new digital upstart – Bitcoin."

According to analysts, with all eyes on inflation, investors will be eager to see what the Federal Reserve is watching as the minutes of the April monetary policy meeting will be released Wednesday.