Gold price will continue to be supported by COVID-19 threat 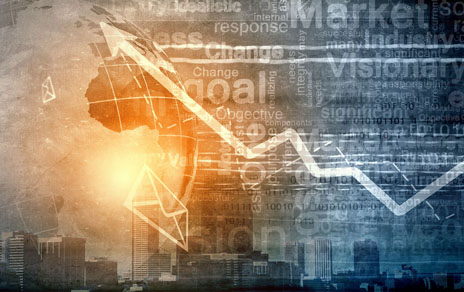 (Kitco News) - The global economy continues to recover, but the ongoing COVID-19 pandemic remains a threat. It could continue to support gold prices, according to the World Gold Council (WGC).

In an interview with Kitco News, Krishan Gopaul, market intelligence manager at the WGC, said, "the trajectory of global COVID cases could also be significant."

He added, cases are surging in India, and outbreaks have been seen in various countries. "Should uncertainty around the economic recovery continue, we believe this could be positive for safe-haven demand for gold but may weigh on consumer demand," he said.

The WGC often comments about the physical demand vs. various factors. When talking about the current state of the gold market, Gopaul said, "in Q1 2021, gold demand was 815.7t, as strengthening consumer demand mitigated the impact of ETF outflows as global economies continued to recover. While the average gold price in Q1 was 13% higher y-o-y, it declined by 4% q-o-q."

Now we have seen a price bounce from the lows of $1676.91/oz Gopaul added, "the opportunity to buy at lower prices, relative to the highs seen last year, boosted consumer demand, particularly as many markets continued to emerge from lockdown and economic recovery lifted sentiment. We also continue to see healthy levels of net buying by central banks, with global official gold reserves growing by 95.5t in Q1."

When asked about what factors Gopaul considers relevant to the gold and precious metals markets at the moment, he said, "gold has responded mostly to nominal and real interest rates, which have impacted the opportunity cost of holding gold. Our analysis has also shown that gold's sensitivity to interest rates as well as inflation has risen over the last year."

The yield story has dominated safe-haven flows and Gopaul noted, "as yields leveled off in April, other drivers gained relevance. In addition, a surge in US breakeven rates and the growing US Federal Reserve balance sheet contributed strongly to gold's positive performance in April. "

Lastly, he said, "the Fed's signaled a tolerance for higher inflation levels as a likely consequence of various rounds of fiscal stimulus and renewed economic growth, as well as its commitment to low-interest rates, not only helped to stem the Q1 bond sell-off but also weighed on the US dollar. While rising interest rates headlined in Q1, inflation now appears to be catching up, suppressing the real component of these rates and further pressuring the US dollar."