Gold price on its way to $2,000 as bitcoin stumbles - analysts 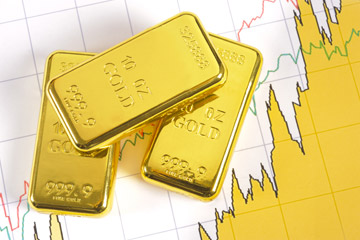 (Kitco News) - The gold market is seeing new momentum with prices back above $1,850 and the 200-day moving average. According to some analysts, the yellow metal could be receiving support as volatility hammers cryptocurrencies.

For most of the year, analysts have noted that soaring bitcoin prices have taken some luster away from gold as investors look for safe-haven assets and hedges against rising inflation fears. However, the table seems to have turned as bitcoin prices have fallen nearly 34% from last month's all-time highs of around $65,000 a token.

Ipek Ozkardeskaya, senior analyst at Swissquote, noted that gold's rally coincided with the breakdown in bitcoin. The digital currency's selloff picked up speed after Tesla CEO Elon Musk announced on Twitter that his company would no longer accept bitcoin as payment for its electric vehicles. He raised concerns about bitcoin's environmental impact as mining the cryptocurrency is energy-intensive.

Since his initial tweet, Musk has sown more confusion in the marketplace. He initially implied that Telsa sold all its bitcoin holdings and then said it hasn't. Tuesday, Musk even toyed with the idea of his other company SpaceX launching its own cryptocurrency.

Some analysts have said that the renewed volatility in bitcoin is turning some investors off, and gold has once again become an attractive and stable safe-haven asset.

"Regaining its upward trajectory as Bitcoin pulls back to earth, gold is probably in the early recovery days from the steepest discount to its upward-sloping 50-week moving average since the 2018 bottom," said Mike McGlone, senior commodity strategist at Bloomberg Intelligence, in a research note Tuesday.

McGlone added that he expects gold's newfound momentum could push prices back to $2,000 an ounce. However, he added that investors should continue to keep an eye on cryptocurrencies.

"The bull market in gold is subject to strong Bitcoin headwinds. The crypto represents a top gold headwind," he said.

Although Ozkardeskaya is optimistic on gold in the near term, she added that gold probably needs to consolidate and hold support above $1,850 before it takes a solid run at the $1,900 level.

However, not everyone is convinced that gold is benefiting from bitcoin's selloff. Lukman Otunuga, senior research analyst at FXTM, said in an email comment to Kitco News that while its interest coincidence, gold is probably reacting to rising volatility in the U.S. dollar and bond yields.

"It is interesting how Gold prices broke out of the range near the time Bitcoin fell," he said. "However, gold remains heavily influenced by bond yields, the dollar's performance, and inflation fears. The precious metal is up roughly 1.70% this week and likely to push higher as the dollar descends deeper into the abyss."

Otunuga added that gold prices have the potential to test resistance at $1,900 an ounce in the near term.

According to many analysts, bitcoin is a significant factor behind gold's lackluster performance this year. In a recent interview with Kitco News, Chantelle Schieven, head of research at Murenbeeld & Co, said that bitcoin's rally lowered gold's market valuation by 2.5%.