What's next for gold price after 'game-changing' week? 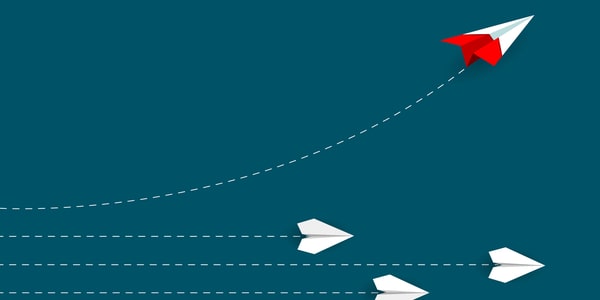 (Kitco News) This week was a "game-changer" for gold as prices climbed towards the $1,900 an ounce level while the rest of the markets saw chaotic trading, according to analysts.

After a massive selloff in the crypto space, gold's appeal is back on the radar for many investors, including new institutional money, OANDA senior market analyst Edward Moya told Kitco News.

"This was one of those weeks that was a game-changer for many traders. The crypto bubble popped. And even though cryptos are not going away anytime soon, the argument that bitcoin is a good inflation hedge, which has been attracting a lot of institutional money, has been questioned," Moya said. "Going forward, people will be much more aware and concerned about bitcoin volatility. This is leading to waves of money coming back into gold. The gold-backed ETF selling has now stopped as well. I'm bullish on gold."

After a very decent April and May, gold is on a cusp of trading significantly higher, said TD Securities head of global strategy Bart Melek.

"The $,1900+ gold levels are in the cards in the not too distant future. We will see how aggressive the Fed is on tightening. I don't think it will be. Inflationary expectations will move higher as we conclude that the Fed is quite happy and ready to allow inflation to move above target," he said.

Is Fed's tapering a risk for gold?

One risk that remains is tapering by the Federal Reserve, which could trigger another surge in the U.S. 10-year Treasury yields, Moya said.

"The movement in the bond market is likely to provide the primary risk for gold. The surging Treasury yields story is kryptonite for gold. But the Fed is locked in, and it can't just flip and start to normalize policy. That will trigger too much chaos," Moya said.

And despite the comments in the Fed's April meeting minutes that some officials would be ready to start talking about tapering at "upcoming meetings" depending on economic progress, the Fed is still likely to be one of the last central banks to tighten. And this is an excellent environment for gold.

"Due to the risks that are brewing, gold will benefit as an inflation hedge and a safe-haven asset. Other central banks will be in the tightening mode a lot sooner than the Fed. And that means weaker dollar," Moya added.

When the minutes were released on Wednesday, gold managed to hold and look past the tapering comments, said Melek. That was partly due to markets shifting their expectations from a robust recovery to a slightly slower one.

"The expectation is that the data cycle is going to disappoint with the markets adjusting downwards. Even though we will get tapering at some point, I don't envision an environment where real interest rates advance very much. This is a supportive environment for gold," he told Kitco News.

With the $1,900 an ounce on the horizon, markets might not have to wait too long to see that breached.

Gold's outlook is bullish in the short and medium-term, Moya stated. "We are going to see a couple of more attempts at $1,900 next week. I will not be surprised if we take that level out soon."

Gold is definitely in an uptrend, but the precious metal needs to make sure it holds the $1,846 as a support level, Phoenix Futures and Options LLC president Kevin Grady told Kitco News.

"Consumer confidence is quite important here even though it is a lagging indicator. Also, the releases to watch are the durable goods orders and personal income," said Melek. "Weaker-than-expected data will end up being positive for gold. The market will conclude that despite what we saw in the minutes, there is no particular urgency to start tightening in any way."