Ray Dalio: 'I have some bitcoin, I'd rather have bitcoin than a bond' 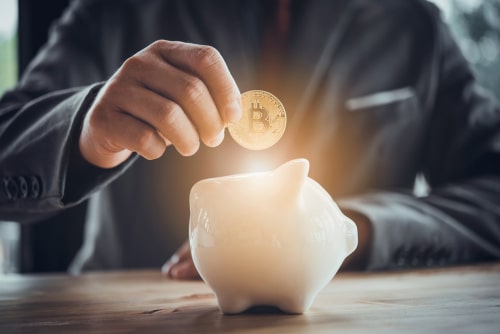 (Kitco News) Ray Dalio, founder of Bridgewater Associates, said he prefers to own bitcoin over bonds as he revealed that he now has some bitcoin.

"I have some Bitcoin," billionaire hedge-fund manager Dalio told CoinDesk during its 2021 Consensus conference. "Personally, I'd rather have bitcoin than a bond," Dalio did not specify how much he owns. The interview was recorded on May 6.

This is not the first time Dalio said he was bearish on bonds, stating back in March that investing in bonds is "stupid" because they pay less than inflation.

And if the crypto space continues to attract investors' attention, government bonds might see significant outflows, resulting in governments losing control over their ability to raise money, he added.

However, the biggest risk to bitcoin is its success, Dalio pointed out. "Right now, it's not such a big deal," he said. But if more investors choose bitcoin over bonds, governments would feel threatened, leading to crackdowns on the crypto space.

One measure to watch for this is the relative value of bitcoin versus gold, according to Dalio.

If the central banks' gold holdings and jewelry holdings are taken out of the gold industry, the value of gold is around $5 trillion, he explained. This is about five times that of bitcoin.

"It's about 80/20 right now in the world, so that's something I'd watch, too. But I think those things probably are going to rise relative to bonds."

Dalio noted that the greenback is on the brink of devaluation, with China posing the biggest threat to the U.S. dollar's role as the global reserve currency. Dalio compared today's situation to 1971.

"You need to borrow money? You have to print that. You need more money? So, taxes go up and that produces a dynamic. Now I can keep going on about what happens in that dynamic. It may be capital controls. … I painfully learned in 1971 that it causes stocks to go up. It causes… gold, bitcoin, real estate, everything to go up, because it's really going down in dollars. And that's the part of the cycle we're in."

A lot depends on technological innovation going forward. "The world is going to change at an incredibly fast pace," Dalio said. "Whoever wins the technology race, wins it all, economically, and militarily. … That's what the next five years look like."