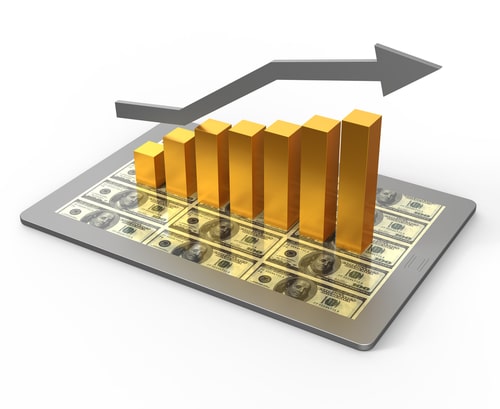 (Kitco News) As chaotic price swings of the crypto world push investors back into gold and silver, the precious metals will start to build momentum, with the ultimate gold price target set at $5,000-$10,000, according to Guggenheim's CIO Scott Minerd.

"As money leaves crypto and people are still looking for inflation hedges, gold and silver are going to be much better places to go," Minerd told CNBC in an interview.

It will take some time due to the sheer size of the gold market, but the precious metal will enter an "exponential phase," Minerd said.

The ultimate price target for gold is between $5,000 and $10,000 an ounce, he added. "This is ultimately is in the cards. Silver traditionally lags. It is the poor man's gold, and it's the one that will have the largest move on a percentage basis. It is the high-beta version of gold," he said.

Minerd highlighted that this is a good time to have a significant allocation to precious metals a well as gold miners in the form of the GDX. "[That] would make a lot of sense right now," he said.

When it comes to his outlook on crypto, Minerd said that even though he thinks bitcoin and ethereum will survive the test of time, it will likely be some other new crypto that will dominate the digital assets space.

"AOL was the winner. Yahoo was the winner. Then Google and other players came along. We are going to find out that some new crypto comes long, which can overcome some of the issues we are facing right now with the cost of mining, all the carbon production. And it will be a superior form of crypto, and that will become the dominant crypto," he said.

"I think we're due for a correction. For the next six months, I think we're going to get a pullback maybe of 10% or so. But ultimately, I think we'll see the S&P at 5,000 and possibly higher," he said.