(Kitco News) - It has been reported that gold which is stored at the Bank of England (BoE) has been selling at higher premiums. In the Bloomberg report, analysts have speculated that this means that central banks might be going on a buying spree and this could be the reason for the price rise.

The BoE vault is one of the largest in the world holding around 400,000 bars of gold, worth over £200 billion. The yellow metal is stored and sold on behalf of other central and commercial banks as opposed to being owned by the BoE itself.

Gold sold from the BoE has traded for as much as 50 cents above benchmark London prices, according to bullion traders. It has been said that the rise in prices is at least in part being driven by buying from the Bank for International Settlements (BIS), which regularly trades gold on behalf of the world’s central banks.

The report noted "The BIS bought as much as 1 million ounces of BOE metal from various commercial banks at a premium of 30 to 40 cents recently, one person said. The premium for gold at the BOE rose to as much as 50 cents an ounce late last week before tapering off to about 20 to 40 cents, according to bullion traders".

Looking at the price action on the daily futures chart below shows that the price has raised pretty quickly over the two months. Interestingly, there has been a decent volume spike of late and it will be good to watch the volume on the retracement as the price has moved lower in the last two sessions. The next major support zone is at the green area at around $1850/oz. On the topside, the strongest level is just above the $1950 area in the red zone. There also could be a trendline retest but that would mean quite a large retracement from here. 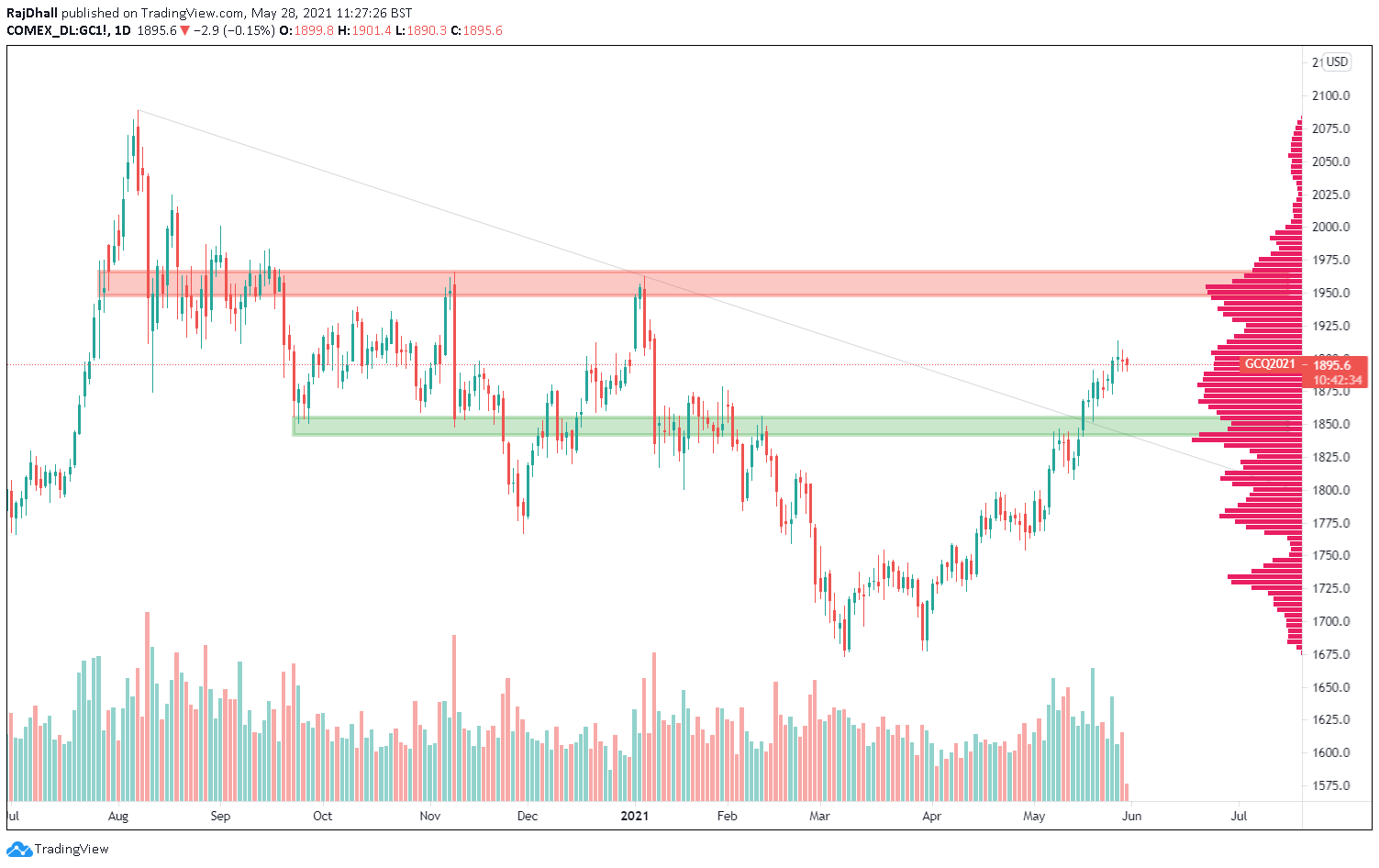