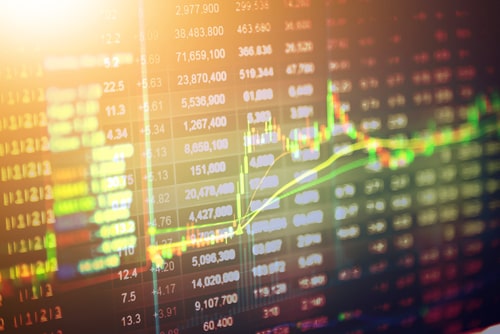 (Kitco News) With the gold market on a bullish streak again, investors should be paying attention to the gold stocks, which have the potential to see 10X gains in this bull cycle, said Timothy Ord, president and editor of The Ord Oracle.

Gold prices already rose nearly 8% in May, marking the best month since July, and the bull run is just getting starting, Ord told Kitco News.

"We could see $2,700 around the year 2024 just because of the timing of the rally – from the bottom in 2016 to almost $2,100-high in August 2020. That leg-up lasted four years. Then from the August high, we went down to the March lows of this year. And now, we are beginning the second half of the rally," Ord described.

Gold rallies often times have symmetry, which is why 2024 could witness a significant new high in gold. "The first leg took four years, and the second leg could also take four years," he said.

And while the bull rally does its thing, one ratio to keep a very close eye on is the XAU (Philadelphia Gold and Silver equities index)-gold ratio, which shows how undervalued all the gold stocks are at the moment. The gold to XAU ratio measures the number of XAU an ounce of gold can buy.

The XAU-gold ratio has turned up in 2016, then went sideways through 2018 and 2019. At the end of 2019, it turned up, and it is still going up now. "I expect that to continue to 2024. And that ratio will probably speed up higher going forward from here. Gold stocks will outperform gold from now on," Ord said.

Ord forecasts gold to gain around $1,000 in the next three years and rise to around $2,700 an ounce. In comparison, he estimates that some of the gold miners could see their returns at least triple. He is not ruling out the GDX (VanEck Vectors Gold Miners ETF), which is currently trading at 39.56, getting into the 100s.

"GDX, for example, would probably get into the hundreds, tripling. At the same time, gold may at best double. That's the reason why gold stocks would be a better bet than gold," he said. "Every ounce they pull out from the ground will be worth more, and that makes a company's bottom line worth more."

Ord also expects senior gold miners to lead the way from the bottom in prices and then pass the torch to the smaller mining companies. "The majors will lead out of the bottoms. As time pushes forward, the juniors will lead, and then the little ones will perform the best at the end. Because in the end, it is a big speculative bubble," he said.

The XAU-gold ratio has the potential to rise from the current 0.09 levels to above the previous highs of 0.35. That would be a 400% gain without the gold price even moving, Ord pointed out. "If gold stayed at $1,900 and didn't move and this ratio went from 0.09 to 0.35, that's a 400% gain in gold stocks. So, without gold moving, gold stocks could go up 400% from here just to get back above the previous highs, which is not extremely hard to do," he said.

But if gold rises to $2,700, then gold stocks have the potential to go up by ten or even 15 times. "Gold stocks are going to do extremely well over the next several years. And I'm talking about at least 400%. And probably a lot of them will do ten times," Ord stated.

The XAU-gold ratio can also provide insight into how long the bull rally will last. In a bull market, gold stocks outperform gold, and that's when this XAU-gold ratio rises. As long as that ratio rises, it suggests the gold bull market is still in force. Once it turns down, then gold will outperform gold stocks, and that is usually when the market is in a bear market, Ord explained.

"A lot of people don't use XAU-to-gold ratio, but it is very important," he noted.

The U.S. dollar and inflationary pressures are the two major drivers that will continue to support the gold sector.

"The United States is contemplating putting trillions of dollars into the market for various programs. If you put a lot of money into the market, that devalues the dollar itself, and that's bullish for gold because it takes more dollars now to buy gold. Home prices in the United States are going up dramatically, lumber prices over the last year were up 400%, gas prices are up," Ord said. "Gold is a hedge against that. So as the dollar goes down, gold goes up."

And after bottoming at $1,680 at the end of March, gold is now starting the second leg of its rally. "We started an impulse wave up right now, and it's still early in the rally. Time-wise, we still got a long way to go – 2024 will be an important timeframe. There's probably going to be some sort of high," he said.