Russia's wealth fund to ditch all U.S. dollar assets for gold, euros, and yuan this month 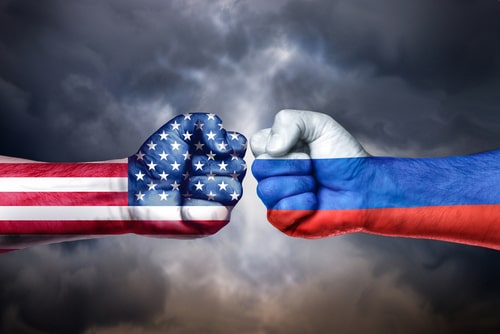 "Like the central bank, we have decided to reduce investments of the NWF in dollar assets," Siluanov told reporters at the St Petersburg International Economic Forum (SPIEF).

The sale of U.S. dollar assets will take place within a month. Furthermore, after the announced changes are implemented, the fund will hold 40% of its assets in euros, 30% in yuan, and 20% in gold. Also, the NWF will hold 5% of the British point and Japanese yen.

Kremlin spokesman Dmitry Peskov also confirmed the decision later on Thursday, stating that "the de-dollarization process is constant. It is, in fact, now visible to the naked eye."

This would mean selling $40 billion for gold, yuan, and euro, ING economists said.

"Russia announced a full de-dollarisation of the National Wealth Fund, which means selling US$40 bn in favor of gold, yuan, and euro. This will be done internally between the government and the Bank of Russia. A further accumulation of FX as per the fiscal rule will continue to involve USD on the local market with subsequent conversion on external markets," said ING chief economist for Russia Dmitry Dolgin.

The decision to sell is being described as a very political one, which comes just two weeks ahead of the June 16 Biden-Putin first summit meeting.

"The messaging is' we don't need the U.S., we don't need to transact in dollars, and we are invulnerable to more U.S. sanctions," BlueBay Asset Manager, senior emerging markets sovereign strategist Timothy Ash, said in a note.

Analysts said the impact of the decisions would be a limited one since the transfer will happen within the central bank's reserves.

"The de-dollarisation is unlikely to involve any open market transactions. With the NWF essentially being an FX deposit with the central bank, the entire deal can be covered by the central bank's international reserves, which are larger and more diversified than the NWF," Dolgin explained. "In order to reach the targeted FX structure, the Ministry of Finance has to sell US$40 bn and GBP 4bn, exchanging them for US$23 bn equivalent of gold, US$18 bn equivalent of CNY, and US$5bn equivalent of EUR."

Russia has started to reduce its U.S. dollar assets following a myriad of sanctions from the West against Russia in 2014. In April, the Biden administration imposed several new sanctions against Russia, citing alleged interference in the 2020 elections and cyberattacks against the U.S.