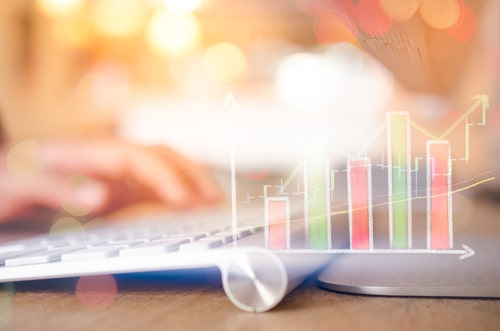 (Kitco News) Gold saw a lot of volatility this week – first falling more than $40 and then climbing back up towards the $1,900 an ounce level. And the bull trend is far from over, according to analysts.

The yellow metal is extremely sensitive to the Federal Reserve's taper talk, the U.S. dollar, and the U.S. Treasury yields. Any spike in these drivers leads to lower gold, while a reversal triggers another gold rally.

"Markets are sensitive to taper talk. Thursday, we had a move higher in yields and the dollar, and people panicked. Gold was dumped, helped by technical factors," TD Securities head of global strategy Bart Melek told Kitco News.

But the selloff quickly reversed on Friday as gold received a boost from May's disappointing U.S. employment report. Nonfarm payrolls increased only 559,000 in May, which is below the 671,000 estimate.

"The weaker economic data are better for gold. Many thought the employment report would beat expectations as the ADP data did on Thursday," Melek said. "If employment continues to be lousy, the Fed wouldn't see inflation as an issue. And yields are not likely to react either, which is good for gold."

Also, the employment report revealed that the labor participation rate continues to be low, which is a red flag. "This means the Fed will continue to accommodate as long as it needs to in order to get the participation rate higher," Melek noted.

"The uptrend will continue based on this morning's employment data. Gold will try to get back to its August highs. I see gold trading back up to $1,920 into early next week," Haberkorn said. "The only thing that would disrupt gold's upside is any new hints of monetary policy tightening."

New money is also likely to come into the gold space once the yellow metal is able to successfully breach its breakeven point on the year, which is around the $1,915 an ounce level, Haberkorn added. "Traders are mindful of the breakeven points," he said. "If we get a close above $1,900 before close, we'll attack $1,920."

Investors should keep a close eye on the U.S. Treasury yields and any new inflation headlines, with markets gearing up for the June 16 Fed's monetary policy meeting.

"Much will depend on what the Fed tells us. The central bank will have to see full employment before tapering, so it is likely to put a lot of caveats into how they taper. They could start with the bonds and see what happens," Melek pointed out. "Will real yields remain accommodative and in negative territory is the question."

The direction of the dollar in tandem with Fed policy is essential for the gold market, said Gainesville Coins precious metals expert Everett Millman.

"Watch for the next time the Fed updates its thinking on inflation and interest rates. As much as we had tapering rhetoric and seeing signs of inflation, I think the Fed is running the risk of keeping policy too loose for too long. I don't think they are going to tighten policy and raise rates any time soon," Millman said.

In the short term, Millman is neutral on gold, stating that the yellow metal is likely to trade between $1,870 and $1,890 next week. However, long term, he is sticking to his $2,100 gold target. "I do think we can get back to that. There is room to run higher, especially after gold retreated from its August record highs," he said.

The number one release to watch next week is Thursday's U.S. CPI release. "We are likely to see consumer price inflation rise further – our forecast is 4.8% year-on-year for May with core (ex-food and energy inflation) rising to 3.3% from 3%. For the former, this would mark the highest inflation reading since 2008 – when oil prices surged to $146/barrel - while for the core rate, it would be the strongest reading since 1993!" said ING chief international economist James Knightley.

The U.S. jobless claims are also due out Thursday. Markets will also be paying close attention to the Bank of Canada interest rate announcement on Wednesday, followed by the European Central Bank rate decision on Thursday.

"The general consensus is that the more disappointment in macro data, the better for gold," Melek said. "But in the case of the CPI, if inflation comes in stronger, that is positive for gold."