Trump: Bitcoin is a 'scam,' it competes against the U.S. dollar 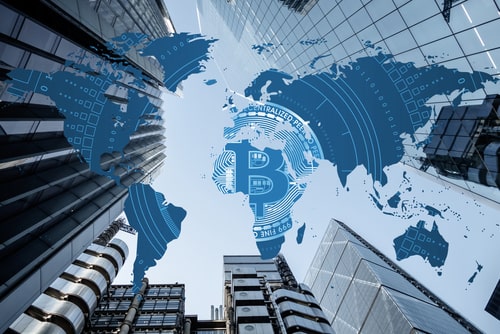 (Kitco News) Former U.S. President Donald Trump called bitcoin a "scam," adding that he wants the U.S. dollar to be the world's currency.

Trump clarified why he dislikes bitcoin so much, stating that it competes with the status of the U.S. dollar.

Bitcoin is down more than 1% over the past 24 hours, trading at $35,733.23 as of 1 p.m. ET. Bitcoin is sensitive to government regulation. Last month bitcoin tumbled to a 3-1/2 month low when China imposed curbs on transactions involving cryptocurrencies.

Trump added that he is staying away from both bitcoin and the stock market at the moment, which he also views as too high.

The news comes just after bitcoin seemed to have caught a break with the news of El Salvador looking to make bitcoin a legal tender.

El Salvador's very young and popular President Nayib Bukele made the announcement in a recorded message that was played at the Bitcoin 202 conference in Miami.

The message said that he would send a bill to Congress next week, which would put El Salvador on the map as the first sovereign nation to adopt bitcoin as legal tender.

"Next week, I will send to Congress a bill that will make Bitcoin a legal tender in El Salvador," Bukele said in the recorded message Saturday. "In the short term, this will generate jobs and help provide financial inclusion to thousands outside the formal economy, and in the medium and long term, we hope that this small decision can help us push humanity at least a tiny bit into the right direction."

Aside from the Trump comment, Goldman Sachs' survey of investments chief investment officers (CIOs) was also weighing on bitcoin.

The survey revealed that bitcoin is the CIOs least favorite investment, which could mean that institutional adoption would take longer than previously thought.

"We held two CIO roundtable sessions earlier this week, which were attended by 25 CIOs from various long-only and hedge funds. Their most favorite is growth style but least favorite on bitcoin," Goldman Sachs strategist Timothy Moe wrote in a note to clients.