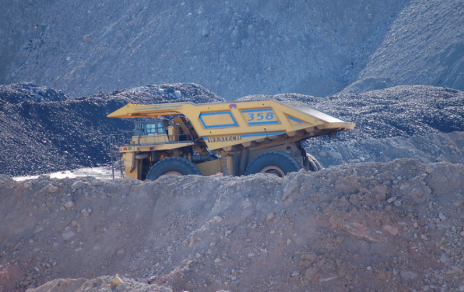 (Kitco News) - Aya Gold & Silver (TSX: AYA) today announce the closing of the previously announced acquisition of Algold Resources, an updated mineral resources estimate and the launch of a feasibility study (FS) for the Tijirit gold project in Mauritania.

The company said that following the close of the Algold acquisition, Aya controls 100% of Algold and is the 75% owner-operator of Tijirit, with the remaining 15% owned by the Government of Mauritania and 10% by Wafa Mining & Petroleum.

Aya added it paid a total consideration of C$15.2 million for a high-grade gold resource project and a 26-year mine permit covering more than 150 km2 in a pro-mining jurisdiction that it knows well.

Meanwhile, the company also announced that measured and indicated ("M&I") mineral resources for the Eleonore Zone increased by 127% to 214.7 koz of Au compared to 94.2 koz of indicated resources reported in March 2018. Eleonore deposit remains open along strike and at depth, the company said.

Additionally, following the acquisition of Tijirit, Aya has launched a FS to assess the potential for developing Tijirit. The FS envisages a base case scenario of a 1,000-tonne-per-day processing plant that can be easily expanded to 2,000 tpd. The proposed initial flowsheet will comprise a conventional primary crush and SAG milling circuit, followed by gravity gold recovery and leaching.

"With the acquisition of Algold now complete, we can focus on our Tijirit exploration and development efforts to immediately deliver value for shareholders. We have already increased M&I resources at Eleonore by 127%, and our team is mobilized to deliver a feasibility study within the next twelve months. We have several drill-ready targets generated by the first mineral resource since 2018," said Benoit La Salle, President & CEO.

Aya Gold & Silver is currently operating mining and milling facilities at its Zgounder silver mine in Morocco. Its mining portfolio also includes the Boumadine polymetallic deposit in Morocco and the Tijirit project located in Mauritania.