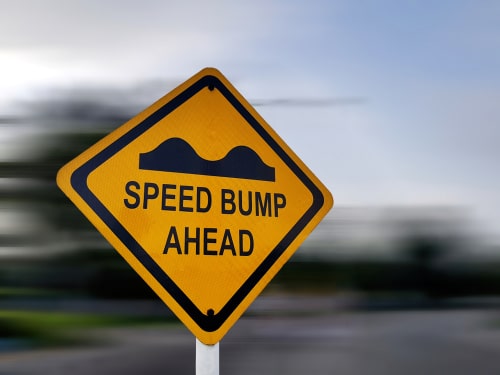 (Kitco News) Gold failed to hold the $1,900 an ounce level as it wrapped up the week. And prices are said to remain choppy until the $1,950 an ounce level is reached, where the new buyers would come in to take gold to $2,000, according to analysts.

This late-week pullback has caught many industry experts off guard, especially after seeing the annual inflation rate at the highest level since 2008. But analysts still view May's 5% year-on-year inflation as largely transitory.

"The Federal Reserve will not be shaken by inflation. Much of the jump was due to base effects. April and May of last year were the worst COVID-19 months for inflation. So, right now, we are comparing year-on-year levels from that low period," Melek explained.

One critical development to monitor this summer is whether or not inflation will remain somewhat elevated or retreat back to the Fed's target of 2%. "A lot of the base effects should disappear, and the supply issues will improve. But there is still price leakage into production. Meaning energy prices, metal prices, some equipment costs are rising," Melek pointed out. "The question is, will inflation go from 5% to 2% or stay at 4-3%."

The risk here is that the long-term easy monetary policy will embed the higher inflation numbers into the general CPI for longer. "It won't be 5%, but will it be above target for a while," Melek explained. "Fed's current focus is more on full employment part of the mandate rather than strict inflation control."

This is a great environment for gold because somewhat elevated inflation and low interest rates translate into quite negative real rates. "Gold should do well," Melek said.

Gold's trouble at the $1,900 level is more of "a speed bump" rather than "an outright move lower," Melek noted.

There is support around the $1,881 an ounce level. "We still could move a little lower. It will very much depend on what the Fed says on Wednesday. The central bank might start to talk about talking about it tapering. Any real announcement won't happen until September," he said.

Gold bulls are still in the driver's seat from the technical perspective, said FXTM senior research analyst Lukman Otunuga. "The $1,855 [is the] support level with $1,916 acting as the first level of interest if $1,900 proves to be weak resistance. Beyond $1,916, gold has the potential to test $1,927 and the year-to-date high at $1,959," Otunuga wrote.

What will Fed say?

All eyes will be on the Federal Reserve meeting next week, with the key interest rate announcement scheduled for Wednesday.

"Fed will remain accommodative going forward even despite hotter than expected inflation numbers. But next week, we'll have a slightly less dovish central bank along with the beginning of taper discussion," said OANDA senior market analyst Edward Moya.

This short-term view also weighed on gold this week, giving investors a reason to sell in the short-term, Moya added. However, the Fed will be one of the last central banks to tighten monetary policy, he said, which should give enough room for gold to try to tackle the $1,950 an ounce level this summer.

Moya sees gold buyers emerge at the $1,870 level but warned that the next few months would be choppy for the precious metal.

The Fed is also expected to start outlining how it will proceed with tapering. It will be based strictly on economic progress — which could happen with the upcoming employment report from June. "This could pave the way for people to start expecting tapering by the end of the year," Moya said.

The Fed will also be updating its economic forecasts during the meeting.

"We will be getting updated forecasts, including the Fed's 'dot plot' chart with markets looking to see if there are any signs of cracks in the Fed's position that elevated inflation readings will be 'transitory,'" said ING chief International economist James Knightley. "With headline inflation at a 13 year high and core inflation at a near 30 year high, we suspect they will be a little more balanced on their assessment."

"In terms of the data, we will be closely following retail sales and industrial production. The former could print a negative number given the slowdown in auto sales after a strong run. Vehicle prices are surging, and output is lacking, given automaker supply chain issues," Knightley added.