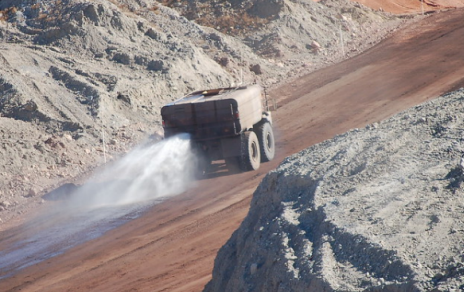 (Kitco News) - Cornish Lithium, the mineral exploration and development company based in Cornwall, UK, today announce the formation of a consortium involving Cornish Lithium, Imerys and sustainable manufacturing innovation consultancy, HSSMI to assess the potential for co-production of lithium and kaolin in Cornwall (the "CLiCCC Project").

The company said that the project will assess the potential to produce lithium from waste material produced from both current and historic kaolin operations. Cornish Lithium will be the lead partner for the £1 million CLiCCC Project, which will benefit from Innovate UK's funding.

The CLiCCC Project consortium aims to evaluate the economic viability of extracting lithium from minerals that occur in the same rock as kaolin. The company said that this could increase the resource efficiency of the mined rock, with the double benefit of making the Cornish kaolin industry even more competitive in international markets, as well as contributing to securing a domestic supply of lithium that is vital to the UK's transition to renewable energy and a zero-carbon economy.

Kaolin was first discovered in Cornwall in 1746. Since then, Imerys developed to become one of the world's largest producers of kaolin. Today, Imerys employs more than 750 people in mid-Cornwall, 1100 people in the United Kingdom and contributes over £220 million sales per year to the British economy, the company noted in a press-release.

Cornish explained that kaolin in Cornwall is largely sourced from decomposed granite, a rock that has also been shown to contain lithium minerals in the form of lithium mica. The lithium potential of the kaolin region in Cornwall was outlined in a British Geological Survey report of 1987, but at that time there was no economic imperative for such a source to be commercially exploited.

Cornish Lithium is a mineral exploration and development company focused on the environmentally sustainable extraction of lithium from geothermal waters and hard rock in the historic mining district of Cornwall, UK.