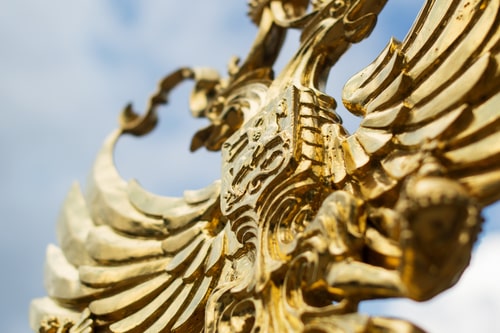 (Kitco News) Russian central bank is "not planning" on buying more gold on the domestic market in light of the recent changes to the National Wealth Fund composition, said Elvira Nabiullina, the head of the country's central bank.

"We are not planning to buy gold in connection with the change in the structure of the NWF in the domestic market, there is no need for this," Nabiullina said during a press conference on Friday.

At the beginning of June, Russia's Finance Minister Anton Siluanov announced that the Russian National Wealth Fund (NWF) would abandon all U.S. dollar assets and increase holdings of gold, euros, and Chinese yuan.

The sale of U.S. dollar assets was said to happen within a month. The new structure of the fund would hold 40% of its assets in euros, 30% in yuan, and 20% in gold. Also, the NWF will hold 5% of the British pound and Japanese yen. The NWF holds Russia's oil revenues. Its total value is $185.9 billion, and it was first created to help support the pension system.

In her press conference, Nabiullina also added that Russia's central bank will not abandon the U.S. dollar completely, but she did note that the overall de-dollarization policy has been happening for a while in Russia.

"We do not intend to completely abandon the dollar. Nevertheless, the reserve's currency structure reflects all sorts of risks, including those of an economic nature," she said. "Our monetary policy, which is aimed at keeping persistently low inflation, supports the de-dollarization of the Russian economy. Prior to this, people would often choose to go into foreign currencies out of fear of the depreciation of their savings and incomes denominated in Russian rubles. Therefore, in itself, the inflation targeting regime and low inflation should and make the Russian currency more attractive."

The last time Russia's central bank bought gold was in the first quarter of last year. And just over a year ago, Russia announced that it was pausing its official gold purchases, stating that any future acquisitions would depend on how the situation develops in financial markets.

As of May 1, Russia's total gold reserve stood at 73.7 million ounces, representing around 22.16% of the country's foreign exchange reserves and equaling to more than $130 billion.