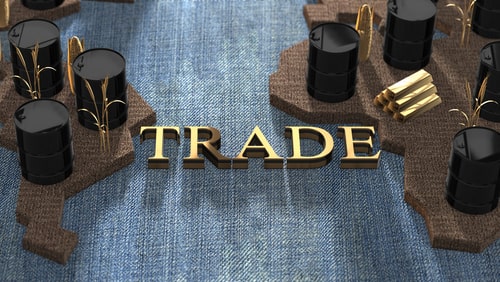 The argument that inflation is transitory does not make sense to Jones, the founder and chief investment officer of Tudor Investment.

"If Fed treats [inflation numbers], which were material events, with nonchalance, then it's just a green light to bet heavily on every inflation trade. The idea that inflation is transitory, it doesn't work the way I see the world," Jones told CNBC on Monday. "I would be really concerned about arguing that inflation is transitory when we have inventories at a record low, we have demand screaming, and we have people who are really underinvested where they should be given the valuations of variety of financial assets."

"If they say, 'We're on the path, things are good,' then I would just go all-in on the inflation trades. I'd probably buy commodities, buy crypto, buy gold," Jones said.

In contrast, if the Fed decides to change its "inflation is transitory" stance, markets would be caught off guard.

Jones also pointed out that commodities are one of the inflation trades that long-term investors should be in right now.

"Commodities are a finite supply, small markets, generally speaking. And if we ever got inflationary psychology, like, for instance, we did when I was in my 20s back in the '70s. If we ever get that again and if you ever got retail actually nervous about inflation, then the one thing that leads inflation, which is commodity prices, could double or triple with no problem," he described.

On top of that, there is a "massive short" in the commodity complex, Jones added, comparing the levels of assets under management invested in commodity indices now versus 2011.

"I'll look at $88 trillion of assets under management by asset managers. Of that, $670 billion are invested in commodity indices. That's about three-quarters of one percent. If I were to rewind to 2011 when inflation was peaking at 3%, those same investors have 1.2% of their assets," he said. "If I just look where the asset managers are, the 60/40 types, the one thing they should be invested in, they are not invested in. So, you've got this massive short in the commodity complex."

Double or tripling of commodity prices could easily happen if institutional money comes back to the space. However, if the Reddit crowd gets involved, the situation could get more extreme.

"What happens if the Reddit crowd ever gets into commodities? God forbid if the bullies of the financial markets were ever taken on, for instance like retail did back in the '70s," he said.

On top of that, Jones confirmed his positive stance on bitcoin and gold, referring to the former also as a "portfolio diversifier" and a "story of wealth.'

The comments failed to move gold, which is seeing a selloff after failing to breach the $1,900 an ounce level last week. At the time of writing, August Comex futures were trading at $1,866.10, down 0.72% on the day.

On the other hand, Bitcoin did see substantial gains, with the cryptocurrency jumping nearly 8% on the day to trade above $39,000. But bitcoin also reacted to Tesla CEO Elon Musk's latest tweet that said that Tesla would resume bitcoin transactions once mining is done with more clean energy.

Musk also confirmed that Tesla sold about 10% of its bitcoin holdings to make sure that "BTC could be liquidated easily without moving market."

This is inaccurate. Tesla only sold ~10% of holdings to confirm BTC could be liquidated easily without moving market.