'We are not at risk of hyperinflation,' but it's been a 'bumpy reopening' - U.S. Treasury Secretary Janet Yellen 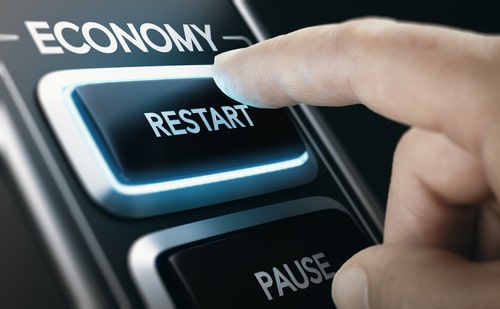 (Kitco News) U.S. Treasury Secretary Janet Yellen faced a barrage of questions on inflation, irresponsible money printing, and employment shortages during her testimony before the House Ways and Means Committee.

"I do not believe we are at risk of hyperinflation. We had several months of high inflation, which most economists, including me, believe will be transitory as our economy gets back in full swing after the pandemic," Yellen said.

The Treasury Secretary did admit that inflation is higher than anticipated but did maintain her stance that the price increases are transitory.

"Administration budget, which was produced in February, projected inflation at 2.1% at 2021. Clearly, in recent months inflation has been higher than that. Important to remember that it follows a period when prices collapsed after the pandemic shutdown economy. Part of high inflation we've seen in recent months reflects that," she stated.

When asked about the effects of high inflation on different population sectors, Yellen admitted that the Treasury had not done any specific analysis.

"The Fed has established a goal of 2% inflation on average and has done a great deal to justify why that is a sensible goal," she said. "What I am supportive of is inflation in line with Fed's target and interest rates at slightly higher levels that would give Fed ability to use monetary policy to address any weakness in the economy."

Yellen added that she agrees with Federal Reserve Chair Jerome Powell's comments on the transitory factors of inflation.

"We are seeing huge shifts in demand away from services and towards goods, and now back to services. The economy is suffering from a number of bottlenecks — shortages of semi-conductors, lumber shortages. This is a bumpy reopening," she said.

When pressed to give a date when inflation could decelerate, Yellen was not able to provide a clear timeline.

This week Yellen faced two grilling back-to-back hearings before the Senate Finance Committee on Wednesday and House Ways and Means Committee on Thursday.

"We are proposing critical investment into our people," Yellen said on Thursday.

When speaking about debt, Yellen noted that the level of what is a sustainable amount of debt has changed.

"Interest rates have been very low. It is not a recent phenomenon. It is something that occurred over decades. It does matter in terms of sustainable level of debt," she said. "Some of the metrics that we historically used [to determine] what magnitude of debt is safe has changed a lot. We need to take that into account."

Employment shortages were also one of the significant concerns raised during the Q&A period of the testimony.

Yellen maintained that it will take time for people who have lost their jobs during the COVID-19 pandemic to settle into new positions, stressing that some childcare facilities and schools remaining closed are also keeping some people at home along with the fear of still getting infected with the coronavirus.

The unemployment benefits are also expiring in September under existing legislation, Yellen noted.

Yellen's testimony comes on the heels of what was a very disruptive Federal Reserve monetary policy meeting for the markets. Gold saw a massive selloff following the meeting, down $90 since Wednesday's announcement.

The precious metal sector was dragged down as the markets interpreted the Fed's meeting to be surprisingly hawkish due to the central bank's higher inflation expectations and a possibility of two rate hikes as early as 2023.

In response, the yield on the U.S. 10-year Treasury rose, the U.S. dollar surged, and gold sold off, with the move exacerbated by technical selling.