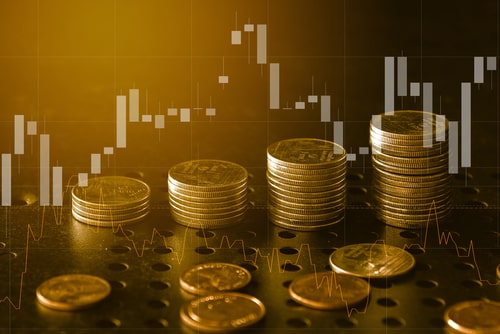 (Kitco News) The gold space felt the ground shift under its feet this week as the precious metal shed $100 on the Federal Reserve's surprisingly hawkish stance.

Investors are now busy trying to reassess gold's fair value, with the August Comex gold futures last trading at $1,771.10, down more than 5% on the week.

"It was a big move down, and it shook a lot of people out," Phoenix Futures and Options LLC president Kevin Grady told Kitco News. "Gold could rally back up a little next week. It has to find its fair value. With everything I've seen, $1,950-$2,000 is not fair value. But I don't think $1,600 is fair value either. Next week, gold will be looking for its footing."

And even though a drop was widely expected, the size of the move took many analysts by surprise.

"We were anticipating a light move down but didn't think it would be so volatile. The precious metals market seems to be overreacting to these types of headlines, with investors really paying close attention to the Fed's wording. And people ran for the door," said Walsh Trading co-director John Weyer. "I suspect we will see more downside going into next week."

The idea that the markets will have sooner-than-expected rate hikes due to higher inflation expectations changed things for gold, Weyer added.

The Fed's announcement showed the market that the central bank's Average Inflation Targeting (AIT) regime is flexible, which led to some major recalibration, said Pepperstone head of research Cris Weston.

"What you're seeing in the USD and precious metals is a clear assessment of the Fed's Average Inflation Targeting (AIT) regime. I guess it's not that the market feels they will abolish it altogether, but there is certainly some flexibility to it, and this is causing volatility in the interest rates markets and compelling USD shorts - and there are many of them - to pair back exposures, in turn, this is hurting precious metals," Weston said on Friday.

"Gold has shifted from playing offense to defense post FOMC, and while it's still in a bull market that's undergone a strong correction, it is fighting a lot of battles (stronger USD, higher yields, shifting equity flows, a commodity rollover, the prospect of stronger U.S. data). The summer is not going to be quiet, Shiels wrote Friday. "The path of least resistance is much higher U.S. rates, which implies higher volatility floors."

But gold was struggling even before the Fed announcement, failing to make significant gains above the $1,900 an ounce level, which was a bad sign, Grady pointed out.

"With all the stimulus out there, gold couldn't get to $2,500. Gold should have been performing much better in this environment. Instead, gold was muted and had a hard time rallying," he said. "And with inflation now creeping in, the Fed will have to deal with it at some point by talking about raising rates."

Gold will be looking for the bottom of this downtrend next week, and afterward, the precious metal will begin its recovery, said RJO Futures senior commodities broker Daniel Pavilonis.

"This is another buying opportunity in the metals," Pavilonis told Kitco News. "The U.S. dollar will top out next week too, which should help gold. The 10-year yield also came off after rising."

Weyer also pointed to $1,750 as a technical support level. "Gold can get back to $1,900, but it will take a lot longer than this week's drop. The metal needs something to push it higher."

Longer-term, investors might have to prepare themselves for a lower trading range for gold, Grady noted, pointing to $1,700-$1,500. "Do I want to be long gold in an environment where higher interest rates are coming? As we get closer to the fourth quarter, that is when you could see gold at $1,500 an ounce."

Next week's highlight will be Federal Reserve Chair Jerome Powell's testimony before Congress on Tuesday. Markets will be paying close attention to what Powell has to say and whether or not he'd try to walk back some of that hawkish stance.

"Let's see whether the Fed is prepared to adopt any new language on tapering. Were views to coalesce around tapering actually starting in September – not December - the dollar could rally further," said ING global head of markets and regional head of research Chris Turner.

Other data on the radar next week include the Fed's favorite inflation measure — the core personal consumer expenditure (PCE) price index, scheduled to be released on Friday.