Basel III to trigger 'liquidity squeeze,' gold price could be looking at $2,100 by year-end - Goldex CEO 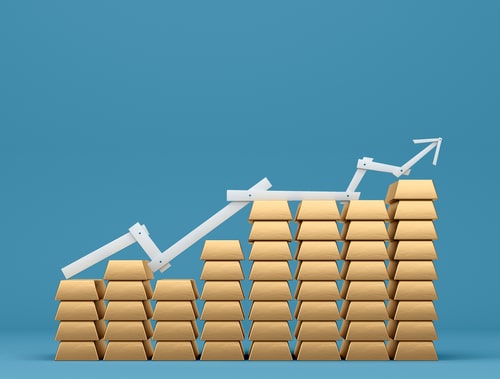 (Kitco News) The risk with Basel III is a major shift towards allocated gold, which could trigger a liquidity squeeze in the physical metal and lead to higher prices by the end of the year, according to Goldex CEO Sylvia Carrasco.

The impact of the Basel III agreement, which will come into force on June 28, 2021, for European banks and on January 1, 2022, for British banks, is being debated by many gold industry experts, with opinions ranging from "everything will change" to "no impact at all."

Carrasco is in the camp that sees many people underestimate the impact of Basel III on the gold market.

"Basel III will affect the gold price more than many people believe. The spot price will definitely go up," Carrasco told Kitco News.

Basel III is an internationally agreed-upon set of measures developed by the Basel Committee on Banking Supervision in response to the financial crisis of 2007-09. Many of the measures deal with bank capital adequacy, stress testing, and market liquidity.

One of the biggest changes for gold is that the precious metal is being reclassified from a Tier 3 asset, which is the riskiest asset class, to a Tier 1 asset, which is currently designated for cash and currencies. The change could make it more expensive to buy and sell unallocated gold.

This is because Basel III includes the new Net Stable Funding Ratio (NSFR) requirement, which specifies that an 85% Required Stable Funding (RSF) needs to be held by banks against the financing and clearing of precious metals transactions. This is a big change from the pre-Basel III level of 0%, and it makes holding unallocated gold more expensive by equating it to the same level of risk as holding equities.

"Basel III requires banks or dealers to collateralize 85% of the value of their unallocated gold with a Tier 1 asset, which is cash," Carrasco said.

"Under Basel III, the bank would have to show that 85% of this $700 million is actually sitting on their balance sheet, and the bank is not touching it," Carrasco explained. "That has a tremendous cost of finance. The bullion banks need to find 85% of the nominal value of their unallocated gold position and fund it."

The risk here is that trading unallocated gold would become a money-losing business.

"Banks cannot continue charging practically no fees on unallocated gold. Could they have to increase their price by 100 times? Will clients be interested in trading at those prices?" Carrasco asked. "The risk is going to be a lot of banks shutting down because suddenly it is a money-losing business. That is Basel III in a nutshell."

Understanding the difference between allocated and unallocated gold is critical here.

Allocated gold is when a customer buys physical gold that has already been minted, and it is physically sitting in a vault. And that gold belongs directly to the customer.

"It is the only gold that truly belongs to the buyer with proof of ownership," Carrasco said.

Unallocated gold is like a form of credit, she described. Unallocated gold doesn't have to be in a vault, and it is like the client trading against the balance sheets of a bullion dealer.

"In this case, the bullion dealer does not have to have the gold. They are saying to the buyer — 'I promise you that I owe you gold. I refer to it as balance sheet gold," Carrasco said. "If anything happens to the bank, that gold doesn't belong to the buyer, and the buyer loses the position."

What these changes mean for the gold space is that the demand for physical gold will likely increase, putting the squeeze on liquidity, which in response is likely to trigger a rise in prices, Carrasco pointed out.

Just in London alone, the amount of unallocated gold traded on a daily basis is around $200 billion a day, Carrasco added.

"It is so enormous that an issue could create a massive systemic risk to the financial industry," she said. "LBMA is worried about this because the majority of trading that goes through LBMA is unallocated gold. They are asking their UK regulator to reconsider."

This is why Carrasco expects to see the biggest impact from Basel III towards the end of the year — right before the UK is impacted. Basel III has been postponed until January 1, 2022 in Britain.

Carrasco's minimum gold target for the end of this year is $2,100 an ounce.

"The biggest impact might be visible at the end of the year before January 1, if Basel III kicks in in the UK. In the last quarter of the year, we'll see an impact. At the very minimum, I can see gold go over $2,100 by the end of the year," she pointed out. "The highest amount of unallocated gold is traded in London. On June 28, only a third of European banks will have to abide by the new rules. The rest will only be affected from January 1, 2022, if this goes through in the UK."

"If people turn to allocated gold, liquidity will be squeezed, and prices should go up. There are X amount of bars around until more is produced," she specified. "Bullion banks hedge themselves with COMEX futures. They have tremendous short positions in COMEX, and they are getting rid of them. If from the end of June they need to start selling their short positions, that automatically creates an increase in the price of gold."

In light of all of these changes, Goldex has launched a new trading infrastructure that can service other companies and institutions.

"With us, liquidity becomes less of an issue," she stated. "Goldex has launched the world's first 'plug-and-play' marketplace solution enabling companies to offer allocated physical gold. FinTechs and other financial companies can piggy-back on Goldex's technology. Such companies can buy, sell and store gold via the first multi-dealer marketplace that not only solves liquidity issues but also acts as a price-discovery tool."

Carrasco highlighted that fin-tech companies no longer specialize in just a single product. "There's a massive shift to offer more products, including physical gold as well," she said. "We are a hub with multiple liquidity providers and selecting the best price amongst them. Within 6-8 weeks, a company can integrate into our platform, and they can be up and running selling gold to their own clients within 6-8 weeks. We sit behind the scenes."