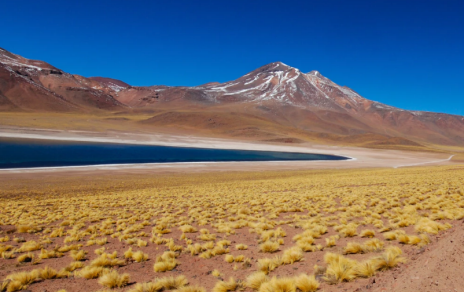 Due to additional third-party sample requests, the company said it has expanded the size of the program and will now produce approximately 2.5 kg of mixed REC, an increase over the initial 1.1 kg targeted.

The monazite concentrate will now be processed through a sulphuric acid pot digestion to convert the monazite to rare earth sulphates which are then dissolved in a water leach. The leach liquor is treated by solvent extraction (SX) to reject thorium followed by SX to purify and concentrate the rare earth elements (REEs). Mixed RECs high in NdPr are precipitated from the SX strip liquor.

The company explained that in the rare earth industry, a mixed REC concentrate is typically viewed as the initial marketable product in the rare earth element value chain. A mixed REC is readily saleable as it is the most common feedstock to REE solvent extraction facilities globally, which separate each individual REE and allow for them to be individually refined into marketable products and disseminated throughout downstream value-chains.

In addition to producing a mixed REC, the company said it also intends to evaluate partial separations as part of the Prefeasibility Study. A partial separation will allow for a marketable NdPr oxide product to be produced, in addition to a Ce-La product and a mixed Sm-Eu-Gd + heavy REE product, thereby unlocking additional value while not adding significant technical risk and CAPEX to the flowsheet by pursuing full separation of all 15 REOs.

Commerce Resources is a junior mineral resource company focused on the development of the Ashram rare earth and fluorspar deposit located in Quebec, Canada. The company is positioning to be one of the lowest cost rare earth producers globally, with a specific focus on being a long-term supplier of mixed rare earth carbonate and/or NdPr oxide to the global market.