Gold price under pressure as U.S. existing home sales drop for a fourth straight month in May 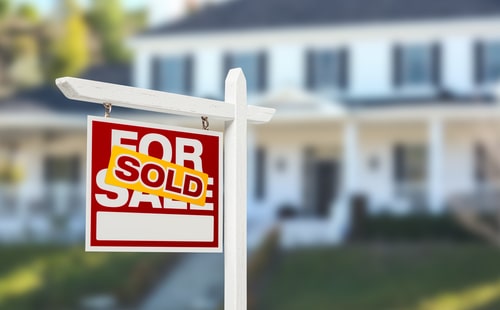 (Kitco News) Gold was relatively unchanged and trading down on the day as the U.S. existing home sales dropped for the fourth month in a row in May but were still slightly better than expected.

May's decrease comes following a decline of 2.7% in April. Economists were expecting to see a drop to 5.72 million units in May.

Gold prices were largely unchanged following the data release. August Comex gold futures were last trading at $1,776.80, down 0.34% on the day.

The multi-month decline in sales was due to rising prices and a deficient supply of homes on the market.

"Home sales fell moderately in May and are now approaching pre-pandemic activity," said Lawrence Yun, NAR's chief economist. "Lack of inventory continues to be the overwhelming factor holding back home sales, but falling affordability is simply squeezing some first-time buyers out of the market."

The median price for all home types rose to $350,300 after a record year-over-year increase of 23.6% in May, with every region posting a price hike. This marked the 111th straight months of year-over-year gains since March 2012.

"The market's outlook, however, is encouraging," Yun said. "Supply is expected to improve, which will give buyers more options and help tamp down record-high asking prices for existing homes."